Meet the Class of 2020: World Traveler Will Study Business, Law 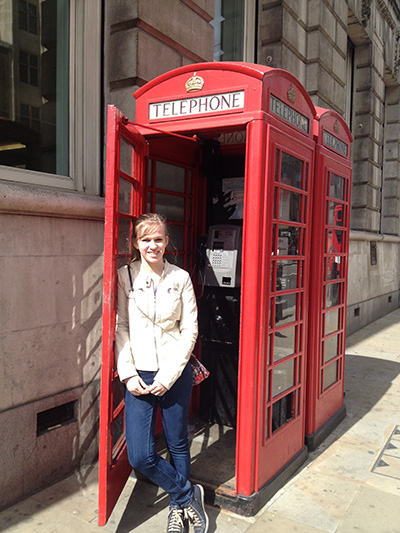 Incoming Class of 2020 member MacKenzie Fuller did not especially want to follow in her older brother’s footsteps and come to UD, but luckily she attended Odyssey Days anyway. She sat in on a constitutional law class and immediately fell in love.

Fuller plans to major in business and go to law school after she graduates from UD; she hopes to eventually practice corporate law, which involves things like writing up contracts between different companies.

“I find how companies interact with each other very interesting,” Fuller said.

A one-time figure skater who still loves to ice skate as well as hike, camp and fish, Fuller was a cheerleader her freshman and sophomore years of high school and a lacrosse player her junior year. This past year, as a senior, she has been involved in DECA -- an international nonprofit association that prepares high school and college students for careers in marketing, finance, hospitality and management -- in addition to waiting tables.

She also enjoys spending time with her friends and family. In addition to her brother Ethan, who’s part of the UD Class of 2018, Fuller has an 11-year-old brother and a 6-year-old brother.

What’s she most looking forward to about starting college?

“All of it,” Fuller said. “I’m ready to be challenged academically again. I’m also looking forward to being in the residence halls, getting to know everybody and living together.”