Meet the Class of 2020: Youth Missionary Hopes to Heal Others 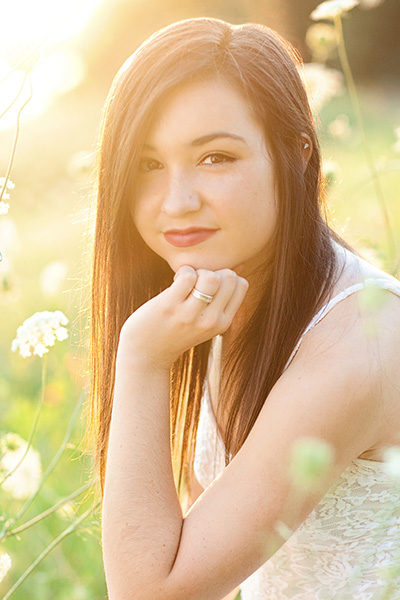 Since she was four years old, Miranda Lozano, incoming member of the Class of 2020, has wanted to be a doctor. She went through her veterinarian, astronaut and actress/singer phases, but “doctor” is what stuck.

“I kept coming back to it,” Lozano said. “It resonated with me. I want to help people; I want to know how to heal them, to gain the expertise to work on an area so that it does heal.”

For a long time, Lozano’s top school was Loyola University in New Orleans. She had considered UD, too, but couldn’t let Loyola go.

“Then one morning last October, I woke up, and all I could think was, ‘UD. Doctor. Study Abroad. Catholic,’ ” she said. “So UD it was.”

A long-time passion of Lozano’s is horseback riding; her family couldn’t afford lessons, so when she was in seventh grade, she bartered to get on the back of a horse by volunteering at Capricorn Equestrian Center in Sachse, Texas. She was able to ride for a total of about seven years but hasn’t ridden for a few years now and definitely misses it.

The past few years, this homeschooled oldest of four has taken classes through Seton Home Study School and The Home Educator’s Outsourcing Solution (THEO), as well as dual-credit classes at Collin County College this past year. She has played soccer through the Home School Athletic Association (HSAA) since she was a freshman and helped her dad coach her six-year-old sister’s soccer team; soccer has been her sport since she was four -- like wanting to be a doctor, it’s the one sport that stuck.

“I have a wonderful community of friends from playing soccer,” she said. “I may try out for soccer at UD, because I need an outlet.”

“I spoke in front of about 100 young Catholics who would be confirmed about a part of my life that helped shape me,” she said. “It pulled me out of my shell; I can be very shy. It was a very daring act for me, and I think the experience has helped me to be more open and less self-conscious, to put my shyness aside.”

Additionally, Lozano participated in the Dallas Catholic Youth Conference as an animator/ambassador, performing skits and speaking in front of all the teens and adults there, approximately 1,000 people all told.

“My part was about a minute in a 10-minute skit,” Lozano said, “but it was exciting to get to be a part of that -- exciting but very nerve-wracking! It’s one of the biggest leadership roles for Catholic youth.”

Lozano has also volunteered at Vacation Bible School as an assistant leader for one of the young children’s groups and participated in two mission trips, Alive in You Catholic Conference and Service Camp in Alabama and the SHINE Catholic Work Camp in Houston, as well as the Diocese of Dallas’ Mission Possible and volunteering in nursing homes.

At UD, Lozano thinks she’ll probably major in business while doing the pre-med program. Once she’s fulfilled her dream of becoming a doctor, she hopes to work with Doctors Without Borders, providing health care to people in impoverished countries.

“I want to help those who aren’t as blessed as we are in the U.S.,” she said. “It will be a challenge, but it doesn’t scare me. I just want to do it.”

Lozano loves traveling (in fact, she’s participating in UD’s Shakespeare in Italy program this summer) and experiencing new things. She feels more than ready to tackle her next new thing: college at UD.

“It just hit me today -- the excitement of this chapter of life I’m about to start, which will affect me for the rest of my life,” she said. “The friendships I’ll make, the classes I’ll take, the relationships I’ll have with everyone there, going through all of this with them and going to Rome together. I’m most looking forward to all of that.”