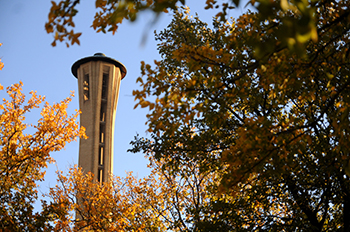 Eight new faculty members have joined the University of Dallas for the 2016-17 academic year. They will further strengthen the university in a number of important areas, including theology, economics, Italian, biology and accounting.

Anthony Nussmeier, assistant professor of Italian, previously taught at Kansas State University and Indiana University, where he earned M.A. and doctoral degrees in Italian language and literature before joining UD. Nussmeier focuses on medieval and Renaissance literature (specifically Dante), medieval poetry, manuscript culture and early-book culture. Nussmeier’s first book, Dante and the Politics of Literary Script, will be published with the University of Toronto Press.

Jennifer Yardley, affiliate assistant professor of accounting, earned a bachelor’s degree in business administration with a focus in accounting and finance and a Master of Accounting degree from Texas Christian University, as well as a doctoral degree from the University of Texas at Arlington. She is a certified public accountant in Texas and has previously worked in the area of international tax.

In addition, two faculty members, while not new to UD, were welcomed as well to full-time positions.

Irene Alexander, assistant professor of theology, earned master’s and doctoral degrees in theology from Ave Maria University; her area of expertise is moral theology. Alexander previously served as affiliate professor of theology at UD. She is currently working on a book titled Human Dignity, Virtue, and the Common Good.