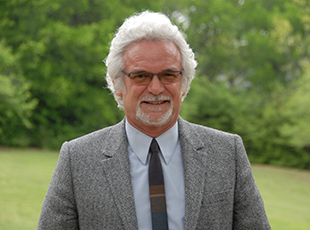 In Defense of Human Dignity

“I couldn't be at UD for 35 years and not​​ be influenced by the high moral standards and ethical commitments,” said Professor of Psychology Scott D. Churchill.

Last summer, a Chicago lawyer commissioned by the American Psychological Association (APA) found that prominent psychologists in the APA had cooperated with government officials to enable psychologists to assist with harsh interrogation techniques used by the CIA and the Pentagon after 9/11.

This was no surprise to Churchill (an APA Fellow and a council representative for the Society of Humanistic Psychology), who had been working to get the APA out of this situation for several years.

In August 2015, he was a key sponsor of a bill adopted by the APA to ban any involvement of psychologists in national security interrogations. The historic motion was approved with an unprecedented vote of 157-1 and affects the APA’s 122,000 members.

“It was an emotional and cathartic moment,” said Churchill.

The resolution, which provides a clear prohibition preventing psychologists from working in any setting that the United Nations has declared to be in violation of international law, brings the APA in line with other large health-related associations such as the American Medical Association; its implementation was named by Discover magazine as No. 34 in the top 100 science stories of 2015. On Dec. 31, 2015, psychologists were pulled from the U.S. naval base in Guantánamo Bay, a significant triumph and an example of the resolution in action.

Churchill is a noted scholar of phenomenology, animal behavior and psychology of film, as well as a Minnie Stevens Piper Professor and a Fellow of the Dallas Institute of Humanities and Culture.