The Middle Class, its Classical Roots and Contemporary Concerns 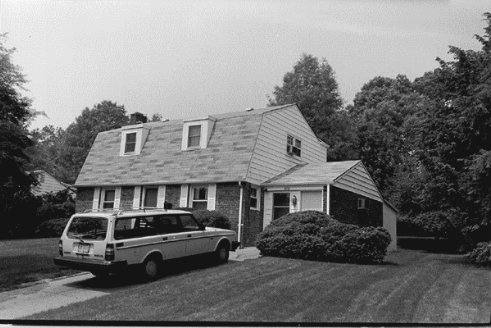 More than half of the people in the United States belong to the middle class. Though it appears to be a relatively recent phenomenon, which some simply call a “modern bourgeoisie,” there is evidence of a middle class much earlier in the Western tradition, found even in Aristotle’s Politics1. This leads us to the question, “Why is a healthy middle class necessary for a stable society?”

As we explore the philosophical foundations of governance from the middle during this academic conference — "On the Middle Class" — we must examine not only the past but also the present.

According to a recent Gallup poll, 51 percent of Americans say that they are in the middle or upper-middle class. Though this has fallen from the 61 percent of 2000-08, the candidates in this year’s presidential election have drilled into their stump speeches promises to help the middle class.

They are shrewd to do so. The middle class has a big say in the outcome of the election, and mistrust of the political elite — perceived as inherently out of touch with everyday Americans — has led to the rise of candidates such as Donald Trump. Candidates such as Hillary Clinton, in response, have proposed raising taxes on the wealthiest 1 percent of Americans.

No candidate speaks much of raising taxes on the middle class, even if they plan to do so. Why? Hurting from a slow economy, stagnant wages and an education system that needs improvement, the middle class has deep cause to be concerned going into this election. These concerns are so widespread that Real Clear Politics even has a special series titled “Middle Class Pain” on “issues affecting the middle class in this election season.” Out of many concerns, this series includes income issues, rising health care premiums and college affordability.

The fact that “On the Middle Class” takes place right before a presidential election in the United States is no mere coincidence, as this moment in our shared history spurs the search for answers about many of life’s most pressing questions — economic or otherwise.

The University of Dallas’ Braniff Graduate School of Liberal Arts has partnered with Instituto Tecnológico Autónomo de México (ITAM), one of Mexico's most influential Ph.D.- granting universities, to host a two-day academic conference to discuss the difficulties that the middle class is facing both in Mexico and in the United States.

"For the sake of the well-being of our nations and especially the well-being of the poor — both enduring concerns of the Catholic Church — it is incumbent upon academics, politicians, leaders of nongovernmental organizations and a sizable part of our societies to think about how we've gotten where we are today and how we can improve our common future,” said Braniff Graduate School Dean Joshua Parens. “In this two-day conference, professors from the University of Dallas and Instituto Tecnológico Autónomo de México will gather before a live audience to offer their thoughts and exchange ideas about the middle class."

While presidential candidates are fighting to secure their votes from the middle class in the United States, “On the Middle Class: Philosophical and Political Perspectives” provides a timely opportunity for academics and others interested in the role and impact of the middle class across international borders to congregate at a conference dedicated to this theme.

“On the Middle Class” kicks off a string of events this academic year celebrating the 50th anniversary of the Braniff Graduate School of Liberal Arts at the University of Dallas. For a complete list of conference speakers and schedule, please visit our website.