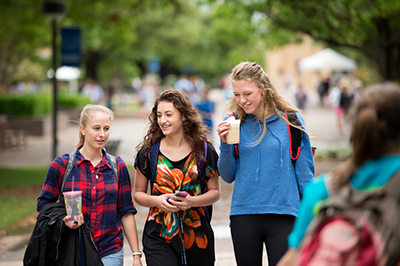 While most of the nation’s colleges and universities deal with ongoing enrollment challenges, the University of Dallas has announced that for the first time in its 60-year history it has surpassed a total undergraduate enrollment of more than 1,400 students. Record freshman classes in three of the last five years have contributed to reaching this milestone.

“The tremendous growth the university is experiencing confirms our status as the Southwest’s leading Catholic university,” said Executive Vice President John Plotts. “Even with this growth, however, we’ve continued to maintain or improve our academic student quality. We are truly thankful for each student who chooses to become a member of the UD community.”

Other facts related to the university’s undergraduate student population include:

The Ann & Joe O. Neuhoff School of Ministry experienced a 40 percent increase in new student enrollment over the past year due to new initiatives, partnerships and expanded educational opportunities. The significant growth can be attributed to a sizable cohort of Dallas diocese deacons enrolling in the school’s Master of Theological Studies program.

The Braniff Graduate School of Liberal Arts likewise reported an eight percent enrollment growth over the summer and fall semesters combined, attributable in part to its new Master of Humanities in Classical Education.