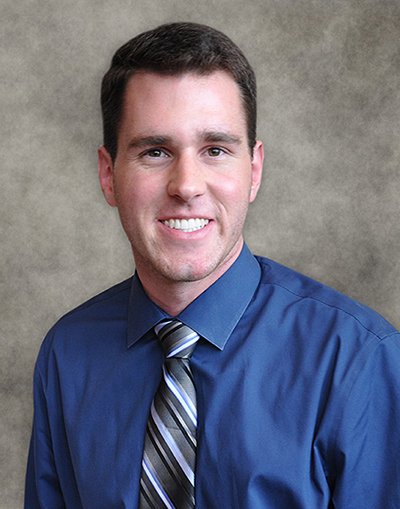 Traditionally, college graduation is a time to celebrate academic accomplishments and new beginnings. As UD honors its graduates, it will also recognize the life and legacy of Zachary Clark, a beloved member of the Class of 2016 who tragically passed away before he could reach this momentous milestone. The campus community and the Class of 2016 will join Clark’s family and friends on Saturday, May 14, 2016, at 2 p.m. for a ceremony to bestow the name Clark Hall on an upperclassman residence hall formerly known as West Hall.

“Zach was the embodiment of what we want our University of Dallas students to become as they stretch their academic boundaries and take on new personal challenges,” said Thomas Keefe, University of Dallas president. “He believed profoundly in our mission and values and strove daily to live them out. I know his story will be an inspiration to the current and future residents of Clark Hall, which is why we are honored to assign his name to this place where he enjoyed such happiness and peace.”

“The University of Dallas left its mark on Zach, and we know that he left his mark on the University of Dallas,” said Kathy Clark, mother of Zach Clark. “We are so proud of the young man that Zach became during his time on this campus, and it comforts our hearts to see that he had such a positive impact on so many people. We are extremely honored that the university is naming this building after our son and hope that future residents will carry on his legacy of faith and love.”

Clark entered UD in fall 2012 following his graduation from Covenant Christian Academy in Colleyville, Texas. He studied Human Sciences in the Contemporary World and hoped to become a therapist or counselor so that he could assist struggling young people. While at UD, Clark was active in student government, the Rotaract Club and campus ministry.

“From the very beginning, it was clear that Zach had a special connection with his class and with the University of Dallas,” said Cistercian Father Robert Maguire, an assistant professor of English who knew Clark well. “This was his home, and he wanted others to feel that same sense of comfort and belonging. He loved engaging with people, whether it was with classmates for a study session, with friends for a concert or with children through the Catholic youth ministries. Zach lived a faith-filled life, and we are all truly blessed for having known him.”

During his second year at UD, Clark lived in West Hall, a four-story residence hall built in 2010. When Clark found out that he was assigned to live in West Hall, he was so excited that he postponed his semester in Rome, so he could move into the residence hall as soon as possible. One of his favorite aspects of living in West Hall was access to its parking garage, where he could store and protect his signature bright blue Ford Mustang.

According to classmates, Clark had a great enthusiasm for life and expressed this joy through generosity. It was not unusual for him to offer his time to a friend in need, pick up the tab during a late-night study session at IHOP or to share his favorite Starbucks coffee. As well, Clark would arrange for his Rome semester travel companions to stay in hotels rather than hostels to enhance their experience.

Clark was also known for pursuing his personal interests with great passion. He enjoyed journalism and contributed a number of articles to the student newspaper, The University News. During the summer of 2014, Clark served as an intern for FOX News in New York City and received a rare invitation to return for a second internship with the media network. He turned down the offer to share his excitement about the Catholic faith as a youth minister with Totus Tuus, a ministry in rural Minnesota that is devoted to evangelization.

Clark died in a car accident in July 2015 when his Mustang hydroplaned off a Kansas turnpike as he was returning to the Totus Tuus ministry from a family visit in North Texas. He was 21 years old.

Clark’s parents, Barry and Kathy Clark of Keller, Texas, and his brother, Joshua, will attend the dedication ceremony. In addition to a limestone sign to be affixed to the outside of the building, a plaque with Clark’s story will be installed in the lobby on the first floor, along with his portrait and an additional plaque with the following quote:

“I wake up every morning looking to all the adventures and memories that are yet to be made that day.”  Zachary Clark