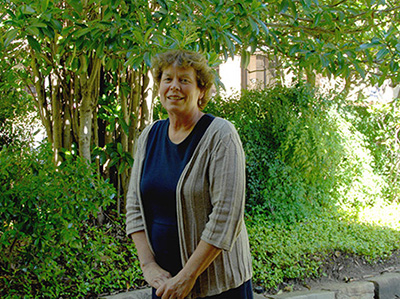 The Minnie Stevens Piper Foundation named the University of Dallas’ own Sally Hicks, Ph.D, chair and professor of physics, as one of this year’s Piper Professors. The award, which honors 10 professors annually in Texas colleges and universities for their outstanding achievement in the teaching profession, is widely regarded as the most prestigious award of its kind in the state and comes with an honorarium. Hicks has worked at the University of Dallas since 1989.

“It is such an honor to be named a Piper Professor,” said Hicks. “Each year at the University of Dallas, I have the honor and privilege of teaching a group of outstanding students who are very dedicated to learning; this student thirst for knowledge makes my teaching success a lot easier.”

Hicks attributes her award to her students’ successes and her parents’ teachings.

“My mother, who woke me up in the middle of the night to view the stars, my father, who taught me how to use tools, and all the outstanding teachers and mentors throughout my own life as a student contributed to this,” she said.

The award process begins with a nomination; a colleague submitted Hicks’ name to the University of Dallas’ Piper Committee for consideration. Next, five letters of recommendation from her colleagues and students and a biography were sent to the Texas Piper Committee.

“To each individual who contributed to the process I would like to express my sincere thanks,” said Hicks.

Hicks received her doctorate from the University of Kentucky in nuclear physics. Her research interests include elastic and inelastic neutron scattering and nuclear structure, for which she has received multiple grants from the Department of Energy and the National Science Foundation.

Ten faculty members in the state of Texas are honored each year as Piper Professors.

A reception for Hicks was held in the Gorman Faculty Lounge on May 4.