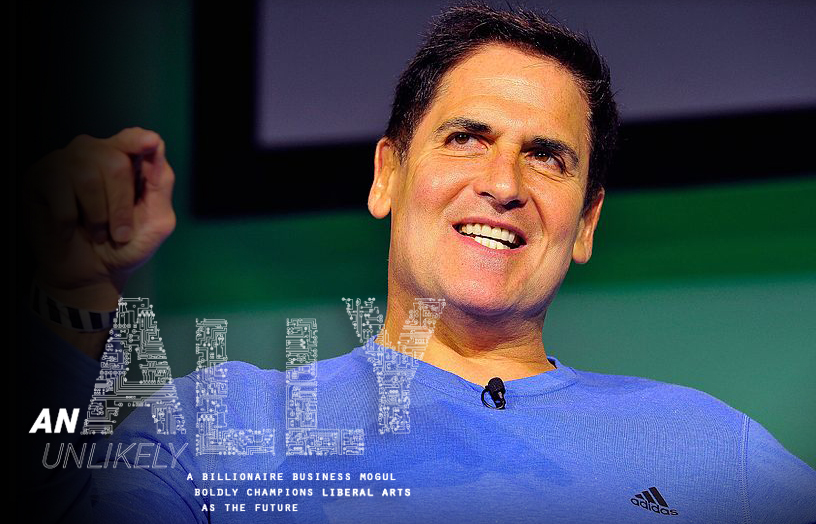 Fast-forward to 2027. In a world where cars drive themselves and robots write code, liberal arts majors, far from being obsolete, will compete for the top jobs. While today skilled workers dominate industries such as technology and finance, advances in artificial intelligence will soon birth a more automated workforce. Employers will need workers who can think more critically and creatively in the face of the coming robot era.

Although this visualization may sound drastic, it is the very scenario that billionaire entrepreneur and owner of the Dallas Mavericks Mark Cuban predicts. “The whole nature of employment is going to change,” said Cuban while discussing automation, the future of jobs and the value of a liberal arts education during a recent interview with Bloomberg. To say his comments sent shock waves throughout higher education would be an understatement.

“I personally think there’s going to be a greater demand in 10 years for liberal arts majors than there will be for program majors and maybe even engineering, because when all this data is being spit out for you — you need a different perspective in order to have a different view of the data; you need someone who is a freer thinker,” said Cuban.

Indeed, study after study supports exactly what Cuban is forecasting. One study, published by the University of Oxford in 2013, found that some 47 percent of U.S. jobs are at a high risk of becoming automated over the next two decades. Another study estimates automation and robotics will displace 24.7 million jobs by 2027.

“It’s this progress in technology that is revealing now more than ever the significance of the liberal arts,” said Constantin College of Liberal Arts dean and professor of philosophy Jonathan J. Sanford. “I’m grateful Mark Cuban has helped people recognize what has in fact always been the case.”

As AI technologies continue rapidly evolving and influencing society, one employer after another will likely begin seeking these better-educated graduates who are equipped with more versatile skill sets, stronger critical and analytical thinking powers, and greater knowledge and creativity.

In the spirit of discourse, we reached out to Cuban to discuss his remarks and then sought out reactions from some experts of our very own (...)

Zealous owner of the Dallas Mavericks, billionaire entrepreneur, and co-star and judge on the hit tv series “Shark Tank,” Mark Cuban is a champion of creativity and innovation in technology and business.

What makes you think liberal arts graduates are going to be in greater demand in the next decade or two?

Artificial intelligence and its derivatives are able to handle an unlimited number of binary decisions and package and analyze them into predictive and prescriptive outputs. These are things that have been historically done by employees on a much smaller scale. In the past, much of the decision-making process was broken into small pieces with few options, so people could make sure that tasks were done properly and mistakes were minimized. There was little critical thinking involved. In AI, particularly with neural networks, all those inputs have to be weighted with biases and run through the network in an effort to get to an answer; but in order to get to the right answer there is an extensive fine-tuning process that must take place that requires critical-thinking skills. A psychology major, for instance, will be more important [when it comes] to analyzing the psych part of a neural network put in place to deliver the best possible entertainment or advertisement or product over any computer science major or programmer.

What factors do you think will lead to this greater demand?

The size, scope and impact of neural networks are going to expand exponentially over the next decade. When a network has billions of inputs and layers that must be optimized, there will be not only business knowledge required but also analytical thinking with different knowledge bases needed. We will need smart people with a wide range of knowledge to determine the impact of aggregating binary decisions into macro determinations.

Variety of knowledge. Unique perspectives. The ability and desire to learn new things every day and apply that knowledge into a decision-making process. Technology for the most part is mathematics, and math will be replicated by AI in the future. A wide knowledge base that is multidisciplined and the ability to absorb knowledge every day will make the math even smarter.

What words of employment advice do you have for the 275-plus liberal arts graduates sent out into the world as part of our Class of 2017?

Read and learn everything you can about neural networks, deep learning and machine learning. Not from a tech perspective, but from a problem-solving and future employment perspective. Your future employers don’t know it yet, but they will need your skills to impact those networks. Be prepared. I would also say that you don’t need to get the perfect job. You spent the past four years paying to learn. Get a job where you get paid to learn. This is just the beginning for you. Expand the number of pieces in your puzzle. 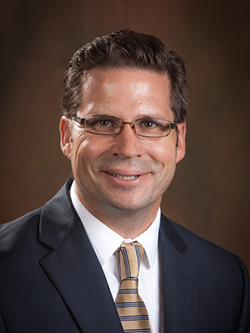 As dean of the Constantin College of Liberal Arts, Jonathan J. Sanford is a firm believer in the lifelong virtues and values a liberal arts education provides.

What factors do you think may lead to this greater demand for liberal arts graduates in the coming decades?

The University of Dallas provides a liberal education, an education that is truly humanizing in a world growing ever more automated. One needs such an education now more than ever as artificial intelligence and robotics play a greater role in the economy. What is the essence of human nature? How ought one to live? Our education pursues answers to these questions in a profoundly relevant manner. Ours is an education in the virtues of mind and heart, which enables one to be creative and innovative, as well as grounded in and dedicated to the pursuit of truth. This is what the world needs most from universities.

What is it about those with liberal arts backgrounds that will make them so valuable?

In terms of value, how do you think liberal arts graduates are perceived by today’s employers? Are there any current signs of shifting perceptions?

More and more employers will be fighting over our graduates. They already are. I’ve had many conversations with different employers in which they remark, time and again, on the high quality of our graduates. Our graduates write well and think clearly, innovatively, and with precision. It doesn’t take them long to move up the ranks of the businesses and institutions that employ them.

Why else might future employers want and need more liberal arts graduates who have this deeper understanding of human nature with a broad-based knowledge of culture and society?

The most successful companies are those that have a culture that celebrates and accommodates human beings as they are: not mere individuals but social animals. Humans are not cogs in a machine, we’re each members of a community, and can only thrive when practicing the virtues in such a way as to enable others to flourish. The education that we provide at the University of Dallas is predicated upon this understanding of human beings, that we are social animals and images of our Creator. Over the long term, only those companies that find ways to bear witness to these principles of a liberal education will be truly successful. University of Dallas graduates will play an indispensable role in pointing such a way forward. 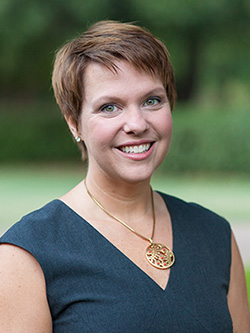 Julie Jernigan, director of the office of personal career development, helps guide University of Dallas liberal arts students into the workforce, teaching them how to properly sell and market their degrees and skills.

In terms of value, how do you think liberal arts graduates are perceived by today’s employers? Are there any current signs of shifting perceptions?

Last year, we had 129 unique employers on campus, from Southwest Airlines to Goldman Sachs to the American Enterprise Institute. Our partnering employers return to campus every year, and so many share with me exactly why it is they keep coming back to recruit and hire University of Dallas students: Our graduates know how to think critically; they’re able to articulate the value of their experiences as they continue to learn beyond the classroom. The effort of our students is evident as they continue to discover meaningful opportunities to test their skills, interests and values. More than 60 percent of our seniors engage in experiential learning before their graduation, in fact, outpacing the outcomes of students from similar institutions.

What words of employment advice do you have for current students and the 275-plus graduates sent out into the world as part of our Class of 2017? 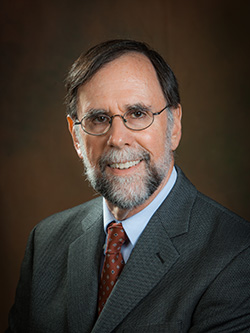 Chair and director of the department of Human Sciences in the Contemporary World and professor of philosophy Dennis Sepper understands how liberal arts graduates are essential to this progress in technology and a forward-moving society.

Where do you envision liberal arts graduates one or two decades from now?

The wave of the future is dreaming up new combinations and articulations of possibilities that technology offers in order to express new human aspirations and renewed forms of older ones. The economy of the future will depend on and thrive with such developments, requiring liberal arts graduates.

An education full of content that richly explores the possibilities of the world, like that pursued in schools with a serious Core curriculum and substantive majors, will turn out to be even more important than a curriculum that aims only at imparting formal skills. There is nothing wrong with knowing how to calculate or think critically, but those things are learned better, more thoroughly and more significantly when they are attached to things that are important. If you train people narrowly to be functionaries rather than educating them, they will not be able to respond to the opportunities that open up new possibilities or to adapt to rapid changes in the economy.

What are a few real-world issues you suspect liberal arts graduates may be tasked with researching and solving in the coming decades?

I think every field of endeavor will need to pay attention to issues regarding the quality of the “human life, individual and social,” and how our economy and choices will affect the sustainability of the social and physical world. We can only hope that politicians and businesses see the need for this.