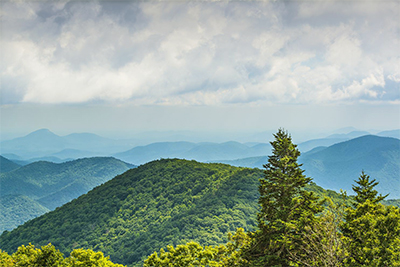 The eastern United States continental margin has undergone two full supercontinental cycles over the last billion years. Mapping out this hugely under-studied terrain, Maggie Benoit, associate professor of physics at the College of New Jersey, joins the University of Dallas this Thursday, March 23, for the Clare Boothe Luce Lecture Series. Benoit’s lecture, "Through Thick and Thin: Using Distant Earthquakes to Image the Earth Beneath the Central Appalachian Mountains," will be at 5 p.m. in the SB Hall Multipurpose Room.

“Students who are fascinated by the powerful forces of nature should enjoy this talk immensely,” said Professor of Physics and Department Chairwoman Sally Hicks, who happened to share a bus ride with Benoit at a physics teachers’ workshop in Maryland last year. “Because I found her to be so engaging and dynamic — and a highly successful woman in physics — I asked her if she would be interested in being our speaker for the Clare Boothe Luce this spring.”

Benoit currently serves as program director for the National Science Foundation's EarthScope Program, which explores the four-dimensional structure of the North American continent. She received her doctorate in geophysics from Pennsylvania State University, after which she completed a postdoctoral fellowship at the Massachusetts Institute of Technology.

Benoit has studied everything from the motion of our Earth’s mantle — below eastern Africa and the Arabian Shield on the flanks of the Red Sea — to magma flow in the Bermuda Islands and, of course, the geophysics deep below the Appalachian Mountains. Her interests include earthquake seismology, plate tectonics and environmental geophysics.

“This leading geophysicist is going to talk about mountains that were formed by the collision of two major tectonic plates — mountains that then eroded only to grow again by forces that are not completely understood,” said Hicks. “I predict students will walk away mentally refreshed from this lecture, thinking about possibilities in areas from poetry to the amazing things one can do with waves.”