Renowned Polish Filmmaker Reflects on Culture, Crisis and Our Times 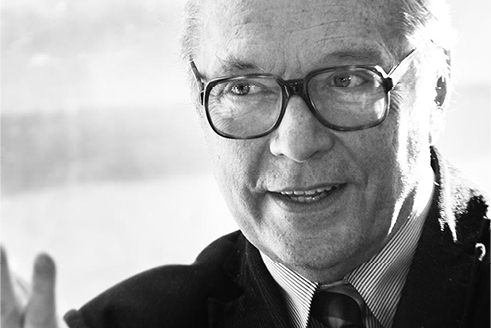 Krzysztof Zanussi, internationally-renowned Polish film director, scriptwriter and producer, will present the annual Eugene McDermott Lecture hosted by the University of Dallas Braniff Graduate School of Liberal Arts. The lecture, “Reading Signs of Time in our Days,” will take place on Wednesday, March 29 at 8 p.m. at Las Colinas Country Club in Irving, Texas.

The Eugene McDermott Lecture is open to the general public. General admission tickets are available for $15 at udallas.edu/mcdermott[BROKEN LINK].

“Krzysztof Zanussi brings his wide and deep knowledge of philosophy, physics and art to bear on the challenges of modern life,” said Braniff Graduate School Dean Joshua Parens. “We anticipate with joy and excitement this opportunity to learn from a true lifelong inquirer into the human condition.”

Counted among the 50 smartest people of faith by The Best Schools, Zanussi has made a compelling impact upon culture through his award-winning films, lectures and presentations.

Having grown up in communist Poland, the filmmaker taps into the need for moral and spiritual guidance that nearly all people feel in times of crisis. His films expose ethical dilemmas and raise questions like: How can we achieve something, while coming to terms with unavoidable compromises we have to make when things are beyond our reach? How can we foster a fighting spirit amidst the insurmountable?

Zanussi currently serves as general director at Tor Film Production in Poland. He earned a degree in physics from the University of Warsaw in 1959, a degree in philosophy from the Jagiellonian University in 1962 and a degree in directing studies from the Public Academy of Film, Television and Theatre in Łódź in 1966. He holds 10 honorary doctorates and has won numerous awards.

In addition to delivering the McDermott Lecture, Zanussi will lead two seminars for students and faculty, and give remarks and answer questions after the screening of one of his films during his weeklong stay at the University of Dallas. A full schedule of McDermott Week events is available at udallas.edu/zanussi.