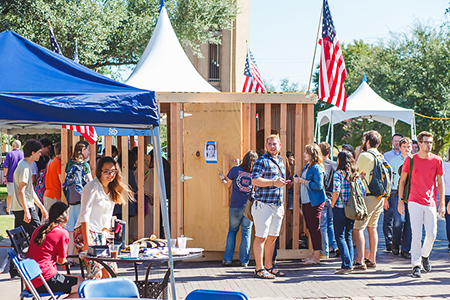 On Friday, Oct. 13, Catholics around the world gathered to celebrate the 100th anniversary of Our Lady of Fatima, and as the UD community rallies for another Charity Week, we are reminded of our call to serve others. Starting Monday, Oct. 16, and lasting through Saturday, Oct. 21, the entire campus will raise funds for three nonprofits that align with the university’s Catholic identity.

Under the guidance of committee co-chairs Maria Labus, BA ’19, and Alison Pettyjohn, BA ’19, along with a team of nearly two dozen coordinators and volunteers, the group hopes to gather more than $20,000 in donations for Charity Week during the week-long junior class tradition.

Following the devastation caused by Hurricane Harvey earlier this semester, the committee began gathering feedback from the student body, brainstorming the various ways UD could contribute toward the relief efforts.

“Originally, we had planned to give to charities that help children, so we decided to reach out to our fellow Texans and add Catholic Charities of Southeast Texas as one of the three nonprofits, which is based in Beaumont and could really use our support,” said Labus. The other two nonprofits included in UD's Charity Week are Jonathan's Place in Dallas and Children's Hospital in Houston.

This year’s theme, “Yo Ho, Yo Ho, A Charity Life for Me,” was inspired by the summer release of “Pirates of the Caribbean: Dead Men Tell No Tales.”

“The theme provides a nice concise flow that we’ll carry throughout the week. There are many light-hearted quotes from the ‘Pirates of the Caribbean’ series that helped form the basis for our various takes on events,” said Pettyjohn.

“We would like to see every student pitching in to help out these charities while enjoying a great university tradition, and we want the Class of 2019 to make this year the best Charity Week yet!” she added.

Check out the Campus Activities Board and Charity Week Facebook pages for further event details. 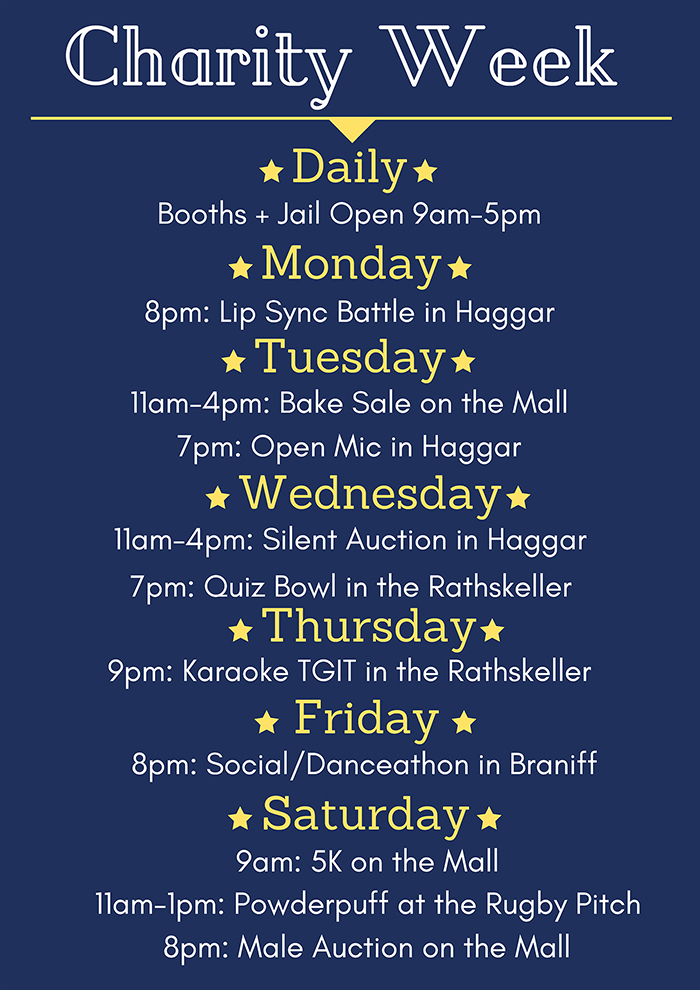