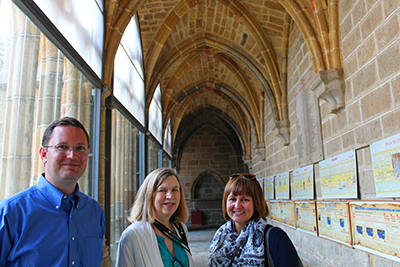 This past 2017-18 school year, the University of Dallas began a faculty and staff exchange program with the Catholic University of Avila (Universidad Católica de Ávila, or UCAV) in Spain, sponsored by the European Union’s Erasmus program. This current exchange program developed out of a long-standing relationship between UD and UCAV. In August 2017, UD hosted a faculty and a staff member from UCAV here in Irving; in May and July 2018, faculty and staff from UD visited Avila, a medieval fortress city with numerous churches and historical associations with St. Theresa.

Davies, who lived on the Rome campus for two years and has studied Italian language and culture extensively, found it “extremely valuable to experience and discuss firsthand with Spanish students who were studying English some of the differences in culture, family life, student life — different from the U.S. but also different in many ways from Italy.”

Further, UD’s Spanish Department sends some of its majors and concentrators to UCAV’s Institute of Spanish Language and Culture (Aula de Lengua y Cultura Española, or AULCE) summer program, through which they complete some of their upper-level requirements. One of Davies’ goals for the trip was to learn more about the AULCE curriculum and to see where UD’s Spanish students study, the sites they visit and the culture in which they’re immersed, in order to better prepare them. 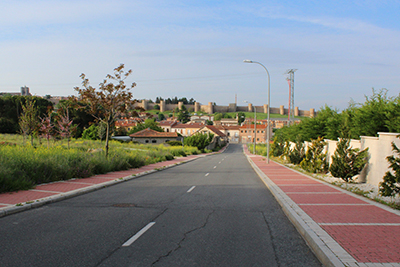 She enjoyed visiting with the business English students of AULCE director Ana Isabel Gómez Vallecillo, finding out about their struggles with the English language and comparing systems in higher education and employment in Spain and the U.S. Another AULCE director, incidentally, is a UD alumna: Professora Maria Stella Ceplecha, BS ’73, who has lived in Avila for many years but first went to Spain with Professor Fritz Wilhelmsen, legendary UD philosophy teacher and father of Professor Emerita Alexandra Wilhelmsen, who just retired from the Spanish Department in 2017. Alexandra Wilhelmsen was instrumental in forging the Spanish Department's partnership with UCAV, which was subsequently coordinated by Associate Professor of Spanish Marisa Perez-Bernardo and now Assistant Professor of Spanish Jose Espericueta.

“It was fascinating to learn the early history of our association with the Catholic University of Avila and its relation to UD history,” said Davies.

Ceplecha also happens to be an accomplished organist, and the group attended Mass at the church where she plays.

“A unique aspect of study abroad work is the challenge of working with colleagues thousands of miles away,” said Davies. “In-person visits are invaluable to strengthening and deepening these relationships. It was wonderful to meet my Avila counterpart, Annette Beerman, with whom I email frequently, as well as many other wonderful people I had never worked with before. It was also great to be traveling with my UD Irving colleagues and developing and deepening our working relationships as we together explored, learned and shared our experiences in Avila.” 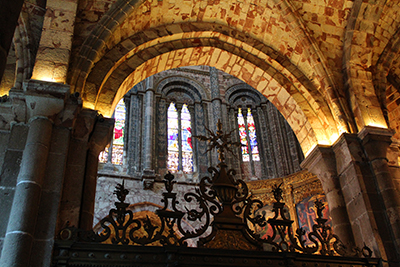 For her part, Griffin Smith was particularly interested in discovering ways to enhance the relationship between UD and UCAV and to better serve the needs of Spanish students interested in studying in the U.S. and especially at UD, making sure UCAV administrators have the in-depth information about UD necessary for communicating to UCAV students the value of studying at this school in Irving, Texas.

“I wanted to help the folks at UCAV have a deeper understanding of UD and explore new ways to potentially partner in our shared goal of educating students,” she said. “This experience has encouraged me to think about ways that UD can expand its sphere of influence globally. We’re doing such wonderful things here, and if we can forge partnerships with like-minded institutions around the globe and expose more people to what we’re doing, it will only serve to strengthen our reputation as well as open our eyes to new opportunities.” 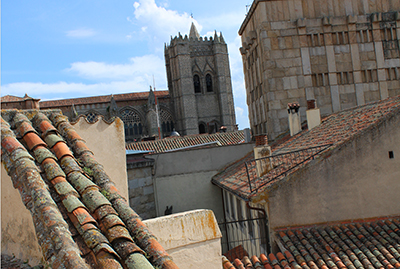 Meanwhile, Skinner worked on cultivating relationships with the law faculty at UCAV, meeting with several of them to discuss legal education and some of the similarities and differences among U.S., Spanish and European law. Additionally, he gave two lectures on U.S. law in the classes of Sergio Nañez, one of the law professors, with a focus on the development of the U.S. legal system and how that development applies in the context of property and employment law.

“Every chance to visit with students about the law and with professors about how they teach is valuable and helps me improve in my own courses,” he said. “In addition, my discussions with the law professors comparing U.S. and non-U.S. law will add to what my students have the chance to learn.”

All three praised the hospitality of their hosts at Avila and the generosity, joy and enthusiasm with which they shared the sights, culture and cuisine of their town.

“They gave up a lot of time to show us the sacred sites as well as where to find the best beer and tapas,” said Davies. “We were amazed at the energy these people brought to both their teaching and their administrative duties. They were eager to show us how they approached their work, as well as to teach us about their beautiful city.” 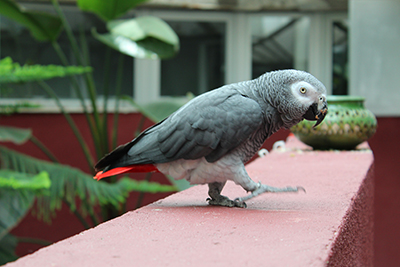 These sentiments were echoed by Director of Human Resources Heather Kissack, Ph.D., who traveled to Avila in July to teach a course on human resources to undergraduate students at UCAV. The objectives of the course were to develop knowledge in human resource management areas such as compliance, diversity and inclusion, employee development, employee relations, talent acquisition and total rewards. The course was offered as an “American classroom,” with the idea of providing students with a learning experience similar to what they would encounter in the U.S.

“I had a great time working with the students,” said Kissack, who welcomed this growth opportunity as a way to inform not only her role as HR director at UD but also her interactions with students as an adjunct instructor. “They were eager to learn — not only course content, but also how that compared to the customs and practices of Spanish employers.”

For example, one interesting difference between work practices in the two countries is work hours: in Spain, employees typically work 9 a.m. to 2 p.m., have a long break until 4 or 4:30 p.m., then work until 8 p.m.

“I think any visit to another country provides a unique opportunity to learn about their culture, customs, traditions and perspectives,” said Kissack. “Being open to different ways of living and thinking allows for a greater understanding of others and a more empathic approach to communication and collaboration.”