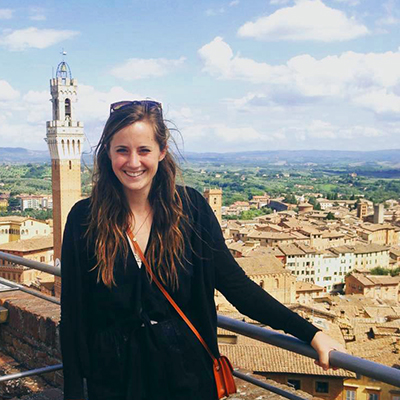 Blume, an English major with a French concentration (and, incidentally, the Class of 2018’s valedictorian), decided a little belatedly to apply for the Fulbright; she did not begin working on her application until she had arrived back on campus for her senior year. Assistant Professor of French and French Program Director Jason Lewallen, Ph.D., who had taught Blume for two years, helped her to realize that it would still be possible to do and to compile the elements of her application, including recommendations from her professors.