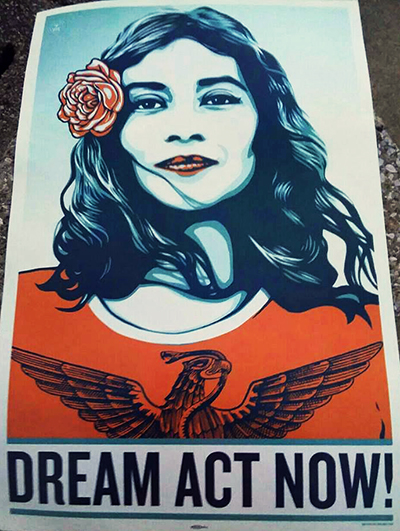 Although she herself is not able to vote, Liz Magallanes, BA ’18, works to make voting possible for other people. 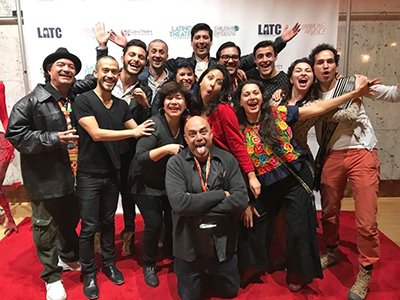 Liz Magallanes arrived in the U.S. with her family at age 7 and, after graduating from Woodrow Wilson High School in Old East Dallas, started at UD in 2012 as a drama major. In 2014, through her work in Dallas nonprofits, she heard about the organization Mi Familia Vota and their efforts to register voters, specifically in the Latino community and especially millennials. She jumped at the opportunity to join them in this work and has been contributing to their endeavors ever since.

“I’ll stay there as long as I can,” she said. “It’s very fruitful, and there’s a great need, especially now.”

Through Mi Familia Vota, Magallanes also works with high school students in her native Dallas ISD, specifically at Moisés E. Molina in Oak Cliff and Thomas Jefferson in North West Dallas, in a program called Emerging Latino Leaders, which began in Houston ISD and had its first cohort in Fort Worth a few years ago before coming to Dallas.

“It’s very impactful working with youth,” said Magallanes. “The work we do is very issue-based. We target upperclassmen and help them develop projects in the community, voter registration drives, DACA workshops, and so on.”

Her increased civic engagement led her to switch her major from drama to politics, but theater is still an integral part of Magallanes’ life. Recently, she had a role in a play called Deferred Action, for which she traveled to L.A. for Encuentro de las Americas 2017 for a month in the fall.

“It was a unique opportunity that brought together both worlds,” said Magallanes. “I basically had been doing character research in the years prior.”

Her involvement with the play began in 2013, when she met the artistic director for Cara Mía Theatre Company, and she and other DREAMers began sharing their stories with him. In 2015, the production premiered at the Dee and Charles Wyly Theatre in downtown Dallas; at the time, she was involved in the talkbacks.

“It was very moving to hear feedback from the audiences,” she said. “Then, taking it on the road, we got to hear not just the Dallas perspective but about what people think from Canada to Columbia, and in other countries. It’s the universal core, the conflicts that you see, and having to make decisions with lasting consequences.”

She has one full semester left until she graduates from UD, but she’s spreading her classes out so will probably graduate at the end of 2018, after which she plans to move to L.A. Currently, she is continuing her work with Cara Mía.

“This is a way for me to use both worlds, to bring it all together and use film, TV and art in general as a platform for sharing stories the world otherwise wouldn’t see,” she said.