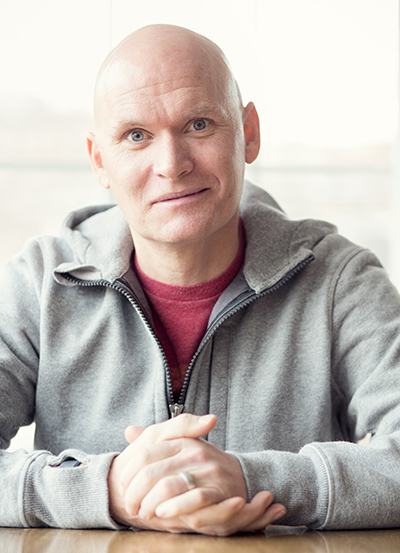 UD Reads is a new community reading initiative sponsored by the Office of the President, the Provost's Office, the Office of Alumni Relations, the Eugene McDermott Lectureship and the Cowan-Blakley Memorial Library. The novel chosen for the first UD Reads is 2015 Pulitzer winner All The Light We Cannot See by Anthony Doerr. During the course of the 2018-19 academic year, the university will sponsor a series of lectures, art exhibits, panel discussions and other activities in association with the program. UD Reads will culminate in Anthony Doerr's visit to campus as the 2019 Eugene McDermott lecturer.

All the Light We Cannot See, a runaway New York Times bestseller, won the Pulitzer Prize for Fiction and the Carnegie Medal for Excellence in Fiction and was a finalist for the National Book Award. In this novel, Doerr brings his keen naturalist’s eye and his empathetic engagement with humanity’s largest questions to the parallel stories of Marie, a blind girl living in occupied France, and Werner, a German orphan whose extraordinary mechanical abilities earn him a place among the Nazi elite.

The novel was on over a dozen year-end lists, including Barnes & Noble, Slate, NPR’s Fresh Air, Entertainment Weekly, The Guardian, Kirkus, The New York Times, The Washington Post, and The Christian Science Monitor. All the Light We Cannot See has spent more than 3.5 years on The New York Times bestseller list.

As a component of UD Reads, students in the Diocese of Dallas, Irving Independent School District and select charter schools will read the novel as part of the 10th-grade curriculum. The University of Dallas Department of Education will provide programming and support to these local schools.

"We are extremely excited about bringing this literacy initiative to the greater Dallas community,” said Dean of University Libraries and Research Cherie Hohertz. “With over 30 schools participating, more than 2,000 middle and high school students will have the opportunity to read the novel and interact with UD through the McDermott Lecture and other campus programming."

While on campus, Doerr will host a creative writing symposium, a luncheon talk on his book Four Seasons in Rome that chronicles his time as a fellow of the American Academy in Rome (this luncheon talk will be streamed live with our students on the Rome campus), a public lecture on "creative failure," and the 2019 McDermott Lecture on All The Light We Cannot See. The lecture will be held March 5, 2019, at the Morton H. Meyerson Symphony Center.