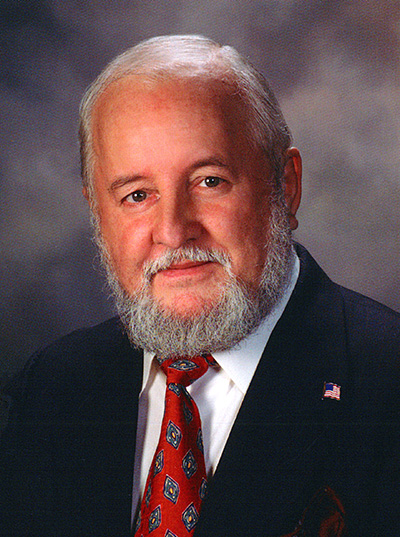 Mike Kiegerl’s youngest daughter, Christine, would have graduated from UD in the Class of 1994, but just before her graduation, she had car trouble as she was driving home to Kansas, was struck by an impaired truck driver and died instantly. Kiegerl sued the driver, who had been under the influence of marijuana at the time; with this money and some of their own, Kiegerl and his wife, Peggy, established the Christine S. Kiegerl Memorial Scholarship in their girl’s memory in 1997. This scholarship is awarded every year to a rising senior English major for demonstrated excellence in the field of language and literature and secondarily to address the financial need of that student.

The Kiegerls were not familiar with UD before Christine decided to come to school here: “She found it, picked it, liked it,” explained Keigerl. However, they were very impressed by the school while Christine was here, and this admiration has persisted; they have also included UD in their will.

An English major, Christine was also musically inclined and auditioned for Julliard when she was 19; at UD, she found her home with Marilyn Walker and the Collegium Cantorum. Kiegerl recalled how the family flew the entire choir to Kansas City for Christine’s funeral.

Kiegerl himself was born and raised in Austria and came to the U.S. in 1959; although he’s been here 60 years, he’s never lost his accent. He and Peggy, who’s from Chicago, have been married for 56 years; they have two living children, seven grandchildren and two great-grandchildren. The two started their own business, helping people who were out of work because of injuries, reintroducing them into the workforce, retraining them and coordinating with insurance companies and employers. They started out very small and grew to be in 14 states.

“We worked really hard; no one gave us anything,” said Kiegerl. “We were successful because of our effort, and that’s something that today especially, a lot of people remember.”

Also an adjunct professor of economics for 24 years and a former Kansas state representative, Kiegerl accumulated a substantial personal library of 1,000 books that he recently donated to UD.

“The librarian [at UD] put aside a special room for them,” he said. “They’re very expensive books and very special to me; I wanted to make sure they went to good hands.”

Clearly, the Kiegerls have found UD to be a worthy guardian not only of their daughter’s memory, but also of this cherished collection.

“We found UD, we like UD, and we want to support it as much as we can,” he said.