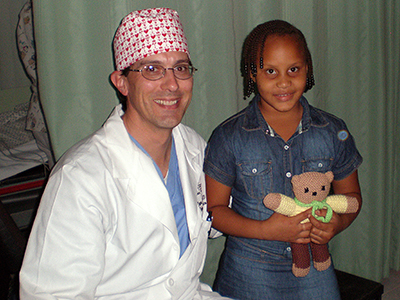 Project Little Hearts is a program of The Friends of Barnabas Foundation, an organization based in Midlothian, Virginia, that sends a medical team each month to assist with health care in Honduras, one of the poorest countries in Central America. Zellers’ first one or two years on the trip, he addressed 17 to 20 cases per week. “Each year we did more cases, both catheterization and surgery, and the complexity increased,” he said.

Prior to the advent of Zellers and his team, the only therapy the Honduran doctors had been able to offer their patients, most of whom had congenital heart defects, was medicine. Zellers and his team aimed to offer full care on these mission trips and, in doing so, help the Honduran cardiologists build a sustainable cardiac program in their country through additional training and education.

At the highest volume, Zellers worked 57 cases, most of which were interventions such as valvuloplasty (the widening of narrowed valves), closure of abnormal vessels and heart defects, a few vascular stent procedures and some diagnostic catheterizations before surgery, in 10 days. 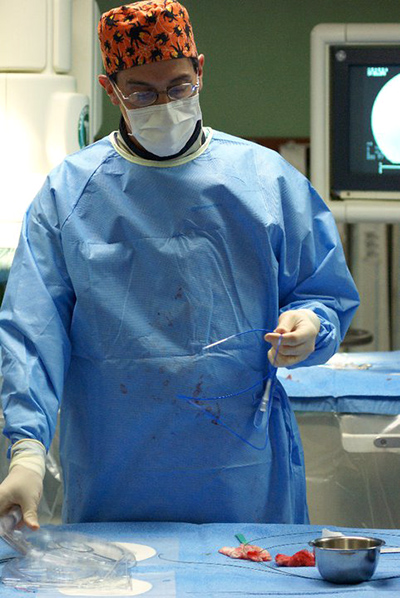 “I went for 10 years, two to three times per year,” explained Zellers, an interventional pediatric cardiologist and senior vice president and chief clinical officer at Children’s Health in Plano.

“Typically, we went for four days to screen patients one to two times per year, then for 10 to 14 days for the cardiac catheterization and surgery procedures at least once per year," he said. "We have not gone for 18 months because of the political unrest and travel warnings but hope to be back soon.”

Zellers and his team work with local cardiologists, none of whom did any catheter procedures before Zellers began going, and with patients who often had already been receiving care from these cardiologists.

“I re-educated one of the local cardiologists on the new catheterization and interventional procedures,” explained Zellers. “We supported the training of a surgeon to learn cardiac surgery over the past four to five years, and he is now independently doing cardiac surgery in the two largest cities in the country. This was an excellent opportunity to build a program through education and empowerment; the surgeon and cardiologists now have a sustainable program that is run by them.”

Before this surgeon was fully trained, Zellers and his team averaged between 12 and 20 surgeries and 38 and 57 catheterizations per trip, with patients coming from all over the country and ranging in age from a few months to 21 years.

“We typically had two to three surgeons, two cardiologists, two intensivists, three anesthesiologists, five to six nurse practitioners, two heart-lung pump technicians, five to six nurses, a blood bank professional, a social worker, sometimes a chaplain, a pharmacist, and two to three respiratory therapists,” said Zellers. “Over those 10 years, we offered surgery or interventional catheterization to over 500 patients and evaluated more than 2,000 patients.” 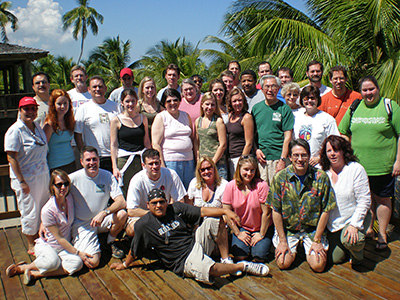 Zellers and his team traveled by plane to Honduras, taking along donated equipment (many medical device companies donated or provided equipment through grants), medications and monitors, and teaching and implementing quality and safety measures. Occasionally they had to purchase items. They worked with the local government and border customs office to make certain all of their medical equipment could legally be brought into the country.

Everyone on Zellers’ team went on a volunteer basis. Students and residents had clinical benchmarks they needed to achieve as part of their education; fellows went for the experience and got echo training credit.

“This was a great opportunity to provide much-needed care to families in need, many of whom would never have had any intervention if not for the program,” said Zellers. “This project was incredibly fulfilling individually and as a team — it also allowed many of us to make lifelong friends. We were truly blessed to be able to do this work.”

“I worked alongside a large number of Christian individuals who worked selflessly and with the sole purpose to help someone less fortunate,” he added. “You never know where God will lead you, nor what He may ask of you. But if you are prepared to answer, much good can come from that willingness to give of yourself. This is all about trying to make a child’s life better than it was before you met him/her and perhaps enabling an opportunity toward a better future not previously envisioned.”