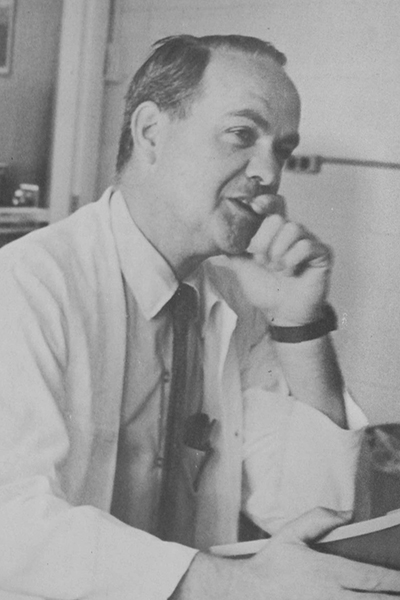 The university mourns the passing of Professor Emeritus of Chemistry Jack Towne, Ph.D. (April 23, 1927 – July 8, 2019), who passed away in his Irving home at age 92. He had a long, celebrated career in education, culminating in his roles at the University of Dallas.

Towne served in the U.S. Air Force and U.S. Army during WWII, leaving the service as a lieutenant, field artillery. He received his Bachelor of Science in chemistry from the University of California Los Angeles in 1950, his Master of Science in 1952 and doctorate in biochemistry in 1955 from the University of Wisconsin. He was a professor and chairman of the Chemistry Department at UD for more than 30 years and the founding director of the O’Hara Chemical Sciences Institute.

“Jack Towne was the chair of the Chemistry Department when I started at UD in 1976. If I remember correctly, he served as chair for 18 years,” said retired Provost and Professor of Chemistry C.W. Eaker, Ph.D. “He was a great mentor to me as a new faculty member. He guided me as I established my research program and gave me insights into how to teach chemistry to UD students. Jack was a very knowledgeable and effective biochemistry teacher. His students were well-prepared for the advanced biochemistry courses they took in graduate school and medical school. Jack was always ready to help anyone in need.”

Towne also held many administrative leadership positions, such as president of the Faculty Senate; additionally, he was a professor, director and supervisory research chemist in Chicago, Tucson and Kansas City and with the Veterans Administration. He was honored by the North Texas Association of Phi Beta Kappa for scholarship and faculty excellence in 1983. He was the author of three books and 39 other publications. His love of science and teaching touched the lives of thousands of colleagues and students. 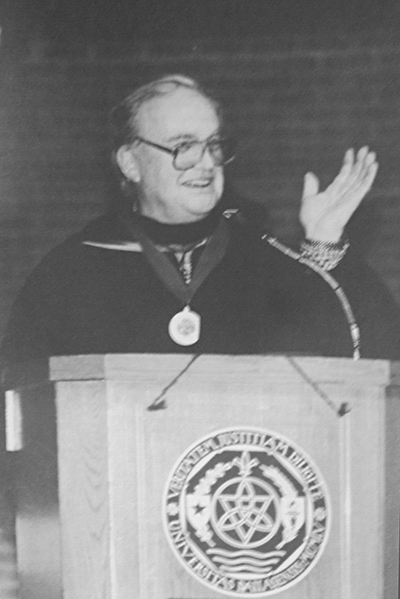 “Jack was a strong proponent of anyone he thought was being treated unfairly, and his support of his fellow scientists was unrelenting,” said Interim Dean of Constantin College and Professor of Physics Sally Hicks, Ph.D. “He was a colorful figure who was willing to challenge all of us to think a bit more broadly. Speaking of color, I know his students often laughed at Jack's ability to save time while teaching by using different colors of chalk instead of erasing the board.”

Towne is survived by his spouse of 35 years, Elizabeth (Bette) (Pipkin) Towne, MA ’88, of Irving; his son Michael C. Towne and brother Norman of California; and his four stepchildren, six grandchildren and four great-grandchildren living in Texas and New Mexico.

Details about a memorial service will be shared at a later date. In lieu of flowers, gifts can be made in Towne’s memory to the O’Hara Chemical Sciences Institute at the University of Dallas.