Culture Care in an Age of Divisiveness 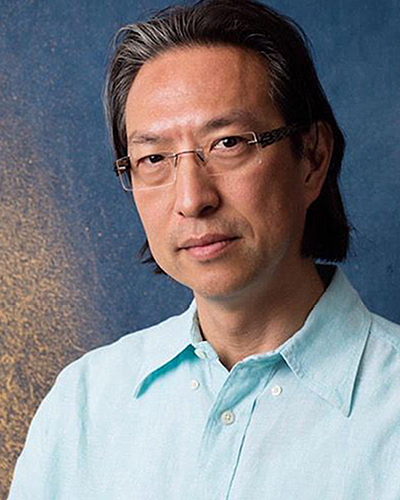 Please note: This lecture has been postponed until further notice. However, please explore some of Makoto Fujimura's writing and artwork, as it may offer some solace in these challenging times.

The University of Dallas’ 2020 Eugene McDermott Lecture, “Culture Care in an Age of Divisiveness: Toward a Kintsugi Generation — Mend to Make New,” will feature leading contemporary artist Makoto Fujimura. Fujimura is also recognized as an arts advocate, a writer, a speaker and a worldwide cultural influencer. The rescheduled date of the 2020 McDermott Lecture is yet to be determined.

Fujimura’s process-driven, refractive “slow art” has been described by David Brooks of the New York Times as “a small rebellion against the quickening of time.”

“In Japan, as you may know, one of the many venerated cultural traditions is the tea ceremony,” Fujimura has written. “For centuries, there have been tea masters who perform the tea ceremony to visualize the invisible, as a spiritual and artistic practice. When precious tea bowls break, the families of tea masters will often keep the broken bowls for generations and later have them mended by artisans who use a lavish technique known as Kintsugi. Kintsugi masters mend tea bowls with Japan lacquer and gold. A bowl mended with gold is more valuable than the original tea bowl was before it broke.”

In this same way, it is possible to heal a generation traumatized by school shootings and terrorist attacks, perhaps creating something even more valuable in the process.

Related McDermott Lectureship events will include a presentation, "What Has Faith to Do with Art? The Artistic Vision of Makoto Fujimura," by President Thomas S. Hibbs, Ph.D., BA ’82 MA ’83, on Wednesday, March 11, at 4 p.m. in the Haggar Art History Auditorium in UD’s Beatrice M. Haggerty Gallery.

On Tuesday, March 24, Fujimura’s work will be displayed on the second floor of Cardinal Farrell Hall, with a reception and brief presentation by Fujimura from 4 - 5 p.m. This  exhibition will include three paintings on loan from a private collector: "Water Stones III," "Luke — Prodigal God," and "John — In the Beginning."

“The ‘Water Stones’ series began in 2005 and became an elegy to the 3/11/11 victims of the devastating tsunami and subsequent nuclear disaster in Japan,” said Fujimura of "Water Stones III." “I use the highest quality Azurite and Malachite minerals, often heating them, thereby darkening the colors.”

The title of "Luke — Prodigal God," based on the story of the lost son in Luke 15, is taken from Fujimura’s pastor Timothy Keller's book Prodigal God.

“The visual complexity of the work depicts my own inner struggle between legalism of religion (the elder brother) and the ‘recklessly spendthrift’ nature of the Father's love in the story,” said Fujimura. “In the art world and culture in which we celebrate the wayward, but not having the language to bring the lost (myself included at times) back home, these series of works probe deeply into the tensions that exist within my heart to love deeply — in spite of the legalism and the waywardness that prevails in the wider culture.”

Of "John — In the Beginning," he wrote, “The first chapter of the Gospel of John speaks not only about the origin of all creation in Jesus, but also about the mystery behind creation. Art needs to inhabit such mysteries — to open us up to the generative reality of the deeper questions that lie behind our questions.” 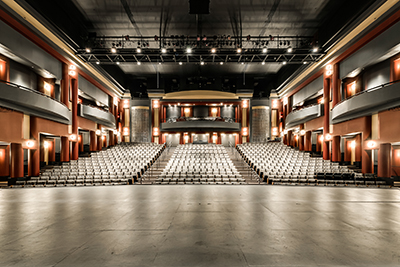 A portion of this painting was done as a live performance, as part of an ongoing collaboration with jazz percussionist/composer Susie Ibarra.

Through the McDermott Lectureship, the University of Dallas and the Braniff Graduate School of Liberal Arts host exceptional guest lecturers and distinguished faculty members on thought-provoking topics within the Western tradition. Prominent scholars have spoken on Homer, Aristophanes, Aristotle, Plato, Dante, St. Thomas Aquinas, Locke, Tocqueville and Leo Strauss, to name a few.