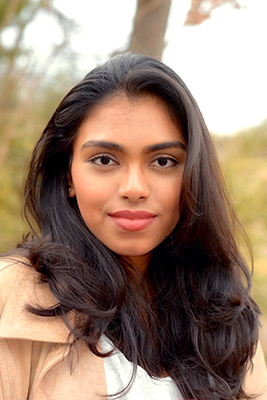 Amandhi Mathews, BS ’20, has not been home in two years. Home is Sri Lanka, and it is too far and too expensive to make the trip frequently, so she spent last summer conducting research at Harvard University. Then, a day before she found out she wouldn’t be able to return to UD’s Irving campus after spring break (which she was spending with a friend’s family in Arizona), her country closed its airports.

So for now, Mathews remains in Arizona. In Irving, she lived in Old Mill and had three on-campus jobs: she was a T.A. for the biology lab, was part of the University News layout staff, and filmed some of the sports games. Needless to say, all of these jobs are dependent upon the campus being open and occupied by students; none can be done long-distance. Attending UD was already a financial challenge for her family, so losing these jobs was devastating.

However, Mathews reached out to UD’s Director of Financial Aid Taryn Anderson, BA ’07, who told her not to worry; they would figure it out. Later Mathews received an email from Anderson telling her that the remaining balance of her semester’s tuition had been paid through the COVID-19 Emergency Relief Fund.

“UD helped me get through the past two months,” said Mathews. “That was all UD for sure. I just want to say thank you to the donors. If it wasn’t for these funds, I’d be in so much trouble right now — I honestly wouldn’t know what to do. Now I don’t have that stress; I can focus on my schoolwork.” 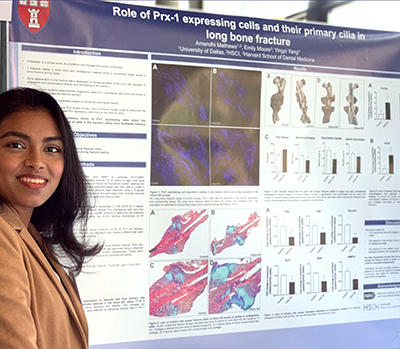 Mathews plans to graduate in December with her B.S. in biology and a molecular biology concentration (which she declared in the first week of orientation as a freshman). She came to UD knowing that it was a liberal arts university but not really knowing what that meant; she just knew that she would be able to study literature, which she loves, along with science. However, upon declaring her concentration she decided to take five or six biology classes, including upper-level ones, that first semester, which as she acknowledges now was “crazy,” but then she didn’t know any better.

“Ignorance was bliss,” she said. “I worked hard and just thought that’s how college is!”

She had not originally intended to leave her own country for college, but her father had encouraged her to take the SAT and apply to American universities; she applied to 13. UD was the last one from which she heard back, but gave her a good scholarship. Upon deciding that UD was the school for her, she immediately began emailing the biology professors, including Associate Professor and Chair of Biology William Cody, Ph.D., and was impressed by how quickly they responded to her.

When she flew to Irving to begin her freshman year, it was her first time flying and the farthest she had ever been from home. She came a few days early; her parents were unable to come with her because they couldn’t get visas in time, but her cousin came from California for one day to help her get settled. She immediately felt welcomed by the UD community; the first person she met was Assistant Professor of Theology Father Thomas Esposito, O. Cist., BA ’05, when she asked him for directions to Gregory Hall. 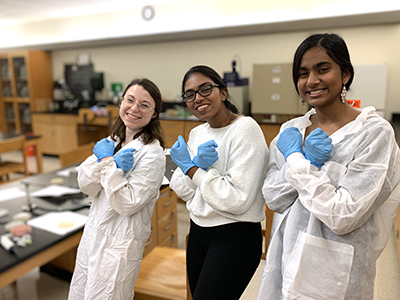 Another attraction of UD was that it was Catholic.

“I was so far away from home but could still practice my faith,” she said.

The immediate future remains somewhat uncertain for all of us, but Mathews appreciates that she has her UD education, as well as the practical aid from the COVID-19 Emergency Relief Fund, to help bolster her.

“When I first came to UD, I didn’t know how studying philosophy or classical literature would help me in my future career, but now I realize that it’s about the way UD teaches us to think,” she said. “Sometimes in science you can become numb to life outside of your work and your research. A UD education makes you think about these other things. We’re taught how to think deeply about things that are important to life.”