UD to Welcome One of Country’s Most Influential Conservative Thinkers 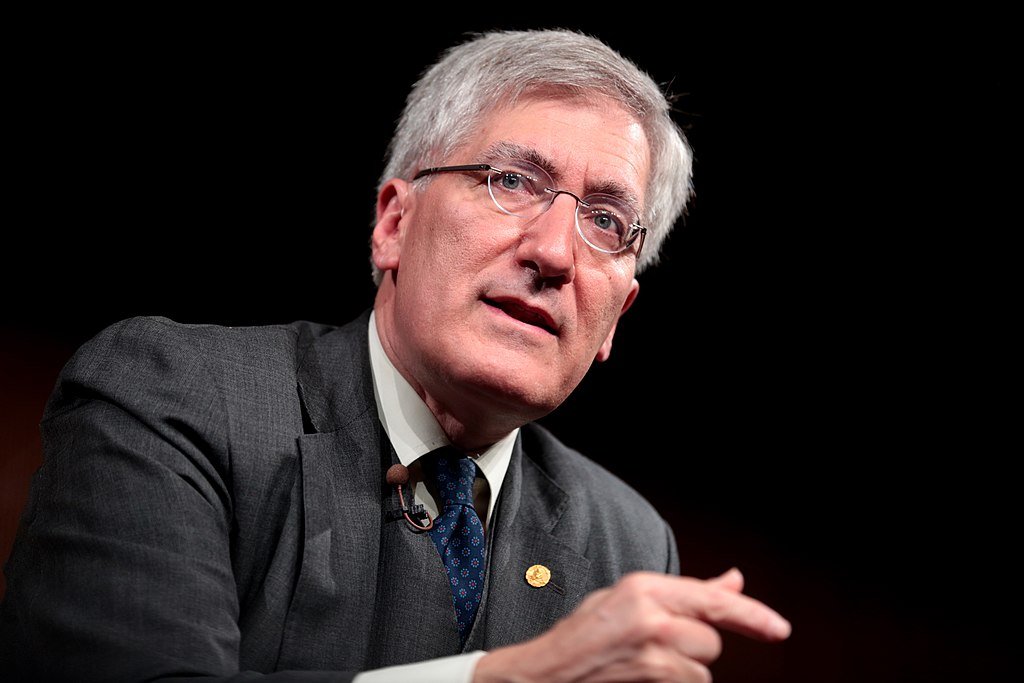 Noted legal scholar and Princeton University professor Robert P. George, Ph.D., will address the Class of 2020 during the 61st annual Spring Commencement Ceremony at the University of Dallas. The ceremony will take place at 10 a.m. on Sunday, May 17, at The Theatre at Grand Prairie.

For his defense of religious liberty and his service to the founding principles of American civic life, the University of Dallas will award George the honorary degree of Doctorate of Law and Letters.

Dubbed “our Nation’s most influential conservative Christian thinker” by the New York Times, George serves as the McCormick Professor of Jurisprudence, a professorship once held by Woodrow Wilson and other leading figures in American legal scholarship, and is founding director of the James Madison Program in American Ideals and Institutions at Princeton University. He is also a senior fellow of The Witherspoon Institute and a frequent visiting professor at Harvard Law School.

“I am delighted that Robby George has agreed to give the commencement address,” said President Thomas S. Hibbs, Ph.D., BA '82 MA '83. “I was honored to have him as a panelist at my inauguration. His leadership in the areas of bioethics and religious liberty and his advocacy on behalf of civil discourse are exemplary. He practices what he preaches. He is an articulate and compelling defender of Catholic positions in the public square, but he is also eager to engage in civil debate across partisan political lines and among a range of religious traditions. And his interlocutors inevitably become his friends.”

"Dr. George is a tireless, articulate and cogent defender of those principles required for a just and free society,” said University of Dallas Provost Jonathan J. Sanford, Ph.D. “He is the very model of a life devoted to wisdom, truth and virtue, and thus the ideal paradigm for our students to imitate. We are blessed to have him as our commencement speaker.”

Long active in public service, George has served as chairman of the U.S. Commission on International Religious Freedom; on the President’s Council on Bioethics; as a presidential appointee to the U.S. Commission on Civil Rights; and on the World Commission on the Ethics of Science and Technology for the United Nations Educational, Scientific and Cultural Organization (UNESCO). He is a former judicial fellow of the U.S. Supreme Court, where he received the Justice Tom C. Clark Award.

In October, George was honored with the Catholic Information Center’s John Paul II New Evangelization Award for being a “fearless public witness for the Church” and for his contributions to the Catholic intellectual life.

A recipient of numerous prestigious awards, including the United States Presidential Citizens Medal and the Bradley Prize for Intellectual and Civic Achievement, George serves on a number of boards, including the John M. Templeton Foundation Religion Trust, the Lynde and Harry Bradley Foundation, the Ethics and Public Policy Center, and the Becket Fund for Religious Liberty.

He is the author or co-author of more than a dozen books and many essays. His articles, review essays and other work have appeared in the Harvard Law Review, the Yale Law Journal, the Columbia Law Review, the New York Times, the Wall Street Journal, and First Things, among others.

During the span of his career, George has received 21 honorary degrees, including doctorates of law, letters, ethics, science, divinity, humane letters, civil law, law and moral values, humanities, and juridical science. He is a graduate of Swarthmore College, Harvard Law School and Harvard Divinity School, and also holds a bachelor's and three doctorates (in letters, civil law, and philosophy) from Oxford University. 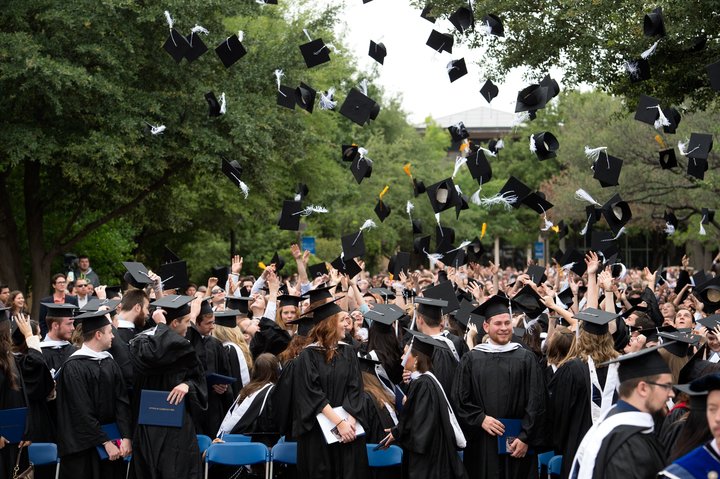 The University of Dallas will award bachelor's, master's and doctoral degrees on May 17, 2020 during the 2020 Spring Commencement Ceremony at The Theater at Grande Prairie.