For the Love of Italy 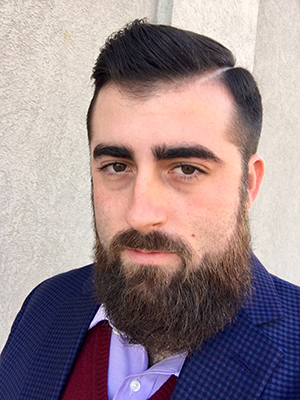 Danny Fitzpatrick, BA ’13, was a spring 2011 Romer; he and his classmates were there for the beatification of Pope St. John Paul II.

“This was an occasion which, in conjunction with extraordinarily good weather and, I think, a kind of general eudaimonia, led Dr. Waterman-Ward to call us the ‘Blessed Class,’” he said.

However, it is not just these “big” memories that provide a sense of comfort and clarity on which to draw, both now and in the future; as often happens in life, it is largely the memories of moments, those in which we felt engulfed by joy and beauty, that give us solace and see us through.

“I remember most standing on a ledge in Delphi watching dawn spread its pink fingers through the clouds over the Gulf of Corinth,” said Fitzpatrick. “I remember the dogwoods blooming at Hosios Loukas Monastery. I remember watching the flight of swallows from the roof of the Vatican Observatory. Still whenever I smell wisteria or see a poppy I am at once back on the Rome campus. A thousand such memories spring immediately to mind — many occur to me on a daily basis, and they remain a deep well of consolation.”

In the current COVID-19 crisis, Fitzpatrick’s love for Italy, appreciation for his time there, and a creative collaboration with sculptor Tim Schmalz have led to a specific way of rendering aid to the country beloved by so many UD alumni and one-time Romers. 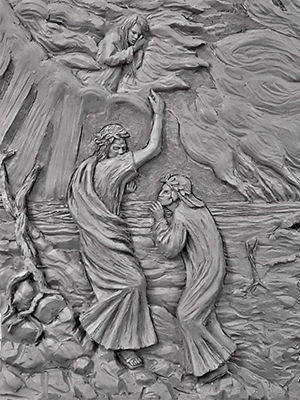 “Tim is currently creating one sculpture for each canto of The Divine Comedy, while I’m working on a new translation. The plan is to release a new edition of the Comedy March 25, 2021, in conjunction with Italy’s Dante 700 celebrations,” explained Fitzpatrick. “Given Italy’s current plight, we will begin releasing two canti per week, with Tim’s images, my translation, and dramatic readings in Italian and English. Any donations will be dedicated to a hospital in Italy.”

Fitzpatrick and Schmalz met through the St. Louis-area Catholic radio station WCAT, affiliated with En Route Books and Media, which just published Fitzpatrick’s novel Only the Lover Sings. WCAT had interviewed Fitzpatrick about the novel and Schmalz about his work with the Vatican.

“So it was basically through that network that Tim found out about my efforts at a new translation of the Comedy, and I learned about his progress on sculptural illustrations of each canto,” explained Fitzpatrick.

To the “Royal Class,” the 2020 spring Romers whose semester was cut short by the COVID-19 pandemic, Fitzpatrick says, “Nothing quite seems adequate, either as encouragement or consolation, except to consider that saints are most often made saints by being driven from the expected path.”

Fitzpatrick feels that divine providence played a role in his own path. While in a general sense his philosophy major established the habits of mind that have helped him maintain an active creative life while raising his children with his wife, Grace (Gallaher), BA ’13, and working full time as a manager at a Ford dealership, the discipline of philosophy has also played a more specific role in nurturing his creative endeavors. 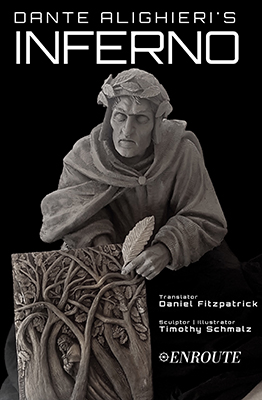 In 2016, when he and Grace moved to Hot Springs, Arkansas, from New Orleans, he enrolled in an online philosophy Master of Arts program through Holy Apostles College and Seminary. Sebastian Mahfood, Ph.D., a professor and administrator there, operates En Route Books and Media. Moreover, Ronda Chervin, Ph.D., En Route’s acquisitions director, moved to Hot Springs in 2018.

“I met her, she read my novel, and now that that’s in print we’ve moved on to this new project. So I think it’s safe to say that without philosophy, the course of my writing career, were it still existent, would look drastically different,” said Fitzpatrick.

Writing and other creative and artistic endeavors are especially necessary as we navigate times of tribulation like the COVID-19 crisis.

“I’ve been deeply moved over the last weeks by the tremendous creative outpouring we’ve witnessed on social media,” said Fitzpatrick. “Yo-Yo Ma is playing for us all. Virtual museum tours are going viral. People are reaching out through art not only as a psychological outlet but also as a way to share of themselves at a very personal level.”

“I’ve been thinking about King Lear lately,” he added. “Word’s going around online, of course, that Shakespeare wrote it during a plague (and, come on, he was Shakespeare; high-powered art was just his thing, whatever the outward circumstances). More importantly, though, I’ve thought again and again of Dr. Waterman-Ward’s reading of the play during my Rome semester. It’s an immensely dark work, and yet the universality of its darkness speaks to, and comforts, each of us in our personal darkness.”

Art, music and literature will help us to find our way through the current personal and collective darkness, but so, of course, will faith.

“God gives us talents and desires to guide us home to Him,” said Fitzpatrick. “The joy we feel in doing what we love, often construed as mere distraction from the more serious work of daily life, is surely a gift from the Father designed to make us flourish. That said, our feelings, instincts, passions, desires and so on need prudential direction. St. Thomas More was so joyful, so productive, so saintly, in large part because of his intense commitment from a very young age to forming a prudential conscience. I don’t think there’s any better preparation for the rest of life.”

Finally, speaking to his fellow current and future UD alumni: “There’s a line from Book IV of the Aeneid that always comes back to me in difficult times: ‘Forsan et haec olim meminisse iuvabit.’ ‘Perhaps one day it will be pleasing to remember even these things.’ But as Catholics I think we can even do without the perhaps.”

Teresa Merklin, MBA ’05, has worked for Lockheed Martin for nearly two decades. After beginning at the company in software management, she is now a fellow...

Irving Police officers are building practical leadership and management skills through a new training course offered by the Satish and Yasmin Gupta College of Business....