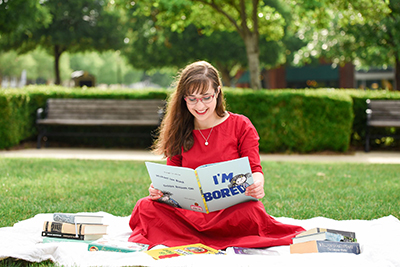 Now that she’s at UD, however, one of Williams’ favorite ways to spend her time on campus is participating in the Swing Club on Wednesday nights. “Learning the new moves is not always easy, but it's still fun,” she said.

Williams is enjoying her time at UD so far and happy to be in a place where she can meet so many people who share her academic interests. She is the third of five children in the Williams clan to follow in the footsteps of their parents (Sean and Charlotte Williams, both BA ’96) and come to UD. She commutes to campus from North Richland Hills every day along with her two older siblings, Natalie, BA ’22, and Zane, BA ’20. Having a sister and brother at UD already “has helped to make the school very welcoming and familiar.”

“It’s a new phase of life,” said Williams, “but it has helped that UD is not an unfamiliar place.” 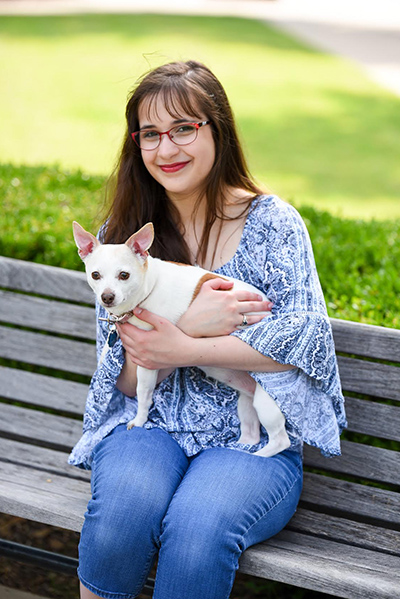 The amount of time given to the Core texts is something that Williams already appreciates about UD. “Because we meet so frequently, two to three times a week, and are taking small chunks of the book and discussing it, I think it lends to a deeper understanding of the texts,” she said.

Williams is currently undecided as to what she wants to major in, but she loves English, psychology and Latin. “I’m maybe thinking about comparative literature,” she said. “I’m looking to see if it’s possibly a way for me to blend my love of English and my love of psychology.”

In terms of what she wants to do post-graduation, she has looked at a wide variety of possibilities, from getting a master’s in psychology and teaching to becoming a librarian.

In high school, Williams loved volunteering at her local library, where she would reshelve books in the children’s section.

Her main hobby outside of school is drawing. She likes to draw realistic pictures of people, especially faces.

However, Williams usually draws cartoons, including characters from The Chronicles of Narnia, Harry Potter or the Marvel superhero universe. Williams also draws characters of her own invention, in particular a duo named Marvin and The Old Guy.

Williams is very excited about participating in the Rome Program, especially after studying Latin and taking a Greek and Roman literature course. 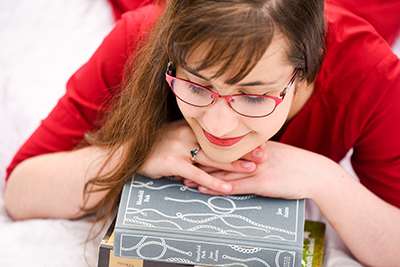 “The idea of getting to actually go see those places has made me more excited,” she said.

She also wants to visit England while studying abroad. “I definitely want to go see the Globe Theatre while in England; I really love to read Shakespeare,” she said. “I have this idea of doing a literary tour of the UK on my 10-day.”

If Williams could say anything to a prospective UD student, she would probably tell them to get to know the different sides of UD. “It can fit a wide variety of people,” she concluded.