"I am deeply grateful to my faculty colleagues for how they have risen to new challenges and handled the pandemic with such courage and grace, from teaching online in the spring to teaching now with many protocols in place," said Provost Jonathan J. Sanford, Ph.D. "We are continuing to provide an education devoted to lifelong learning and living well in the midst of whatever might come our way, including pandemics. I am so excited to welcome these new faculty to our ranks, as I know they are fully dedicated to the same purpose." 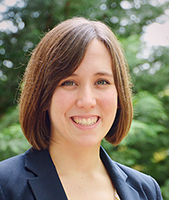 Assistant Professor of English Sarah Berry, Ph.D., holds a B.A. from Baylor University, an M.A. from Boston College and a doctorate in English literature from the University of Connecticut. Her research focuses on 20th-century English literature, especially lyric poetry and genre theory. For her dissertation, she studied the revival of verse drama in the 20th century. She has taught literature and writing courses at Boston College, the University of Connecticut, the College of the Holy Cross and, most recently, Grove City College, where she was an assistant professor of English. A Dallas-area native, she is thrilled to be back in Texas. 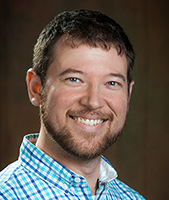 Affiliate Assistant Professor of Physics Levente Borvak, Ph.D., BA ’04, received his doctorate from the University of Notre Dame in atomic physics. His primary research interest is in laser absorption spectroscopy to further understand parity violation in atomic cesium. In addition to physics, he is very interested in music, opera and dance.

Assistant Professor of History Jon Paul Heyne, Ph.D., BA ’10, received his M.A. and doctorate from the Catholic University of America. His research focuses on interfaith interactions in the Mediterranean, especially those surrounding the 14th-century establishment of the Franciscan Custody of the Holy Land. He has taught courses in the humanities and history at CUA and as an adjunct at UD. He is thrilled to return to his alma mater to teach history. 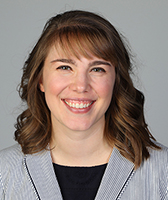 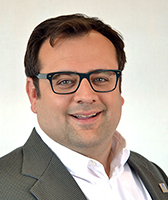 Assistant Professor of Economics Malcolm Kass, Ph.D., received his doctorate in economics from the University of Texas at Dallas (UTD). He also holds a B.S. in chemical engineering from the University of Nebraska Lincoln, an M.S in economics from UTD and an MBA from Southern Methodist University. Kass' research on conflict and conflict resolution was published in the journals Public Choice and Social Choice and Welfare. Currently, he researches public and labor economics topics, including health economics research with undergraduates at UD. 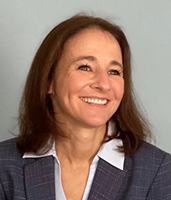 Associate Professor of Philosophy Angela Knobel, Ph.D., received her doctorate in philosophy from the University of Notre Dame in 2004. From 2004 to 2020, she taught philosophy at her alma mater, the Catholic University of America. Her work focuses primarily on Aquinas’ theory of infused virtue, virtue ethics and applied ethics. Her book Aquinas and the Infused Moral Virtues is forthcoming from the University of Notre Dame Press. She and her husband, Coy, their daughter, Sage, and their dog, Uhtred, are excited to live in Texas. 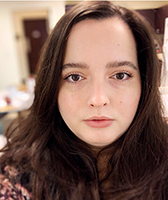 Cataloging Librarian Emma May received her B.A. in maritime studies from Texas A&M University in 2015 and her M.L.S. from the University of North Texas in 2018. May began working at the University of Dallas in 2019 in the Circulation Department of the Cowan-Blakley Memorial Library. Previously, she worked at the Carrollton Public Library while finishing her graduate degree. In August 2020, May joined the cataloging team of the Cowan-Blakley Memorial Library as a cataloging librarian. 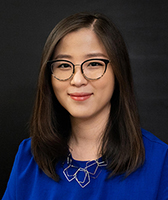 Affiliate Professor of Art Mihee Nahm received a B.F.A. from the Art Academy of Cincinnati in 2008 and an M.F.A. from the University of Texas at Austin in 2012. Prior to her appointment at the University of Dallas, Nahm taught as adjunct faculty for the University of North Texas and the University of Texas at Austin. In her current body of work titled Soaked, she creates oil and acrylic paintings capturing the sense of poignancy found in nature on rainy days and at night, evoking bittersweet feelings of melancholy and the fleeting passage of time. Her emotive, lifelike renderings conjure the scent of rain, the feeling of changing weather and the moods that they bring. Her work has been shown in solo and group exhibitions nationally. 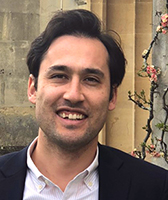 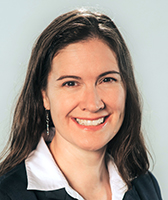 Assistant Professor of Biology Sunny K. Scobell, Ph.D., holds a B.A. in biology from Augustana College in Rock Island, Illinois, an M.S. in zoology from the University of Oklahoma and a doctorate in biology from Texas A&M University. Her research focuses on the processes that mediate the unique morphological, physiological and behavioral adaptations in the fish Family Syngnathidae (seahorses, sea dragons and pipefish). 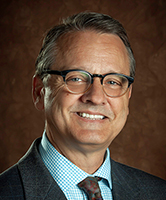 Reference Librarian Ron Scrogham holds an M.A. in French from the University of Kansas and an M.L.S from Emporia State University. He joins the faculty as a reference librarian. He has also taught as an adjunct instructor in the Department of Modern Languages. Previously, he was a high school French teacher, school librarian and public reference librarian. His research interests include pedagogies for information literacy and collection development for Romance languages. 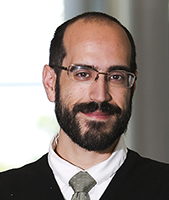 English Instructor and Writing Lab Director Daniel Spiotta is a Ph.D. candidate in literature in the Institute of Philosophic Studies at the University of Dallas. He received a B.A. in English and Latin at Hillsdale College. He is particularly interested in understanding Shakespeare’s reflections on the arts of teaching and learning, as well as his relationships with the English Reformation, skepticism, knowledge, beauty and the imagination. Spiotta is also interested in John Henry Newman’s epistemology and Middle English literature. His dissertation focuses on the unique representation, in The Winter’s Tale, of a character who regains sanity and social reintegration, and the interplay of human and divine agency in this restoration. 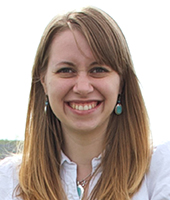 After receiving a B.A. in psychology at UD, Circulation/Reference Librarian Sylvia (Whiteacre) Thenayan, BA ’10, went on to earn an M.L.S. from the University of North Texas in 2012. She began work at UD in 2011 in the Education Department. During that time she worked with the Children's Library on campus and also led the Texas Pre-Freshman Engineering Program for two summers. In January 2017, Thenayan joined the Cowan-Blakley Memorial Library staff as a circulation coordinator. She was promoted to circulation/reference librarian in summer 2020. She works with both the Circulation Desk, including managing student workers, and the Reference Desk in the library. Thenayan lives in Grand Prairie with her husband, Jerin, and just gave birth to their first son, John Raphael. 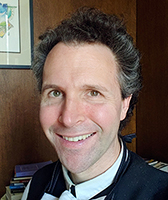 Affiliate Assistant Professor of Theology Father Joseph Van House, O.Cist., S.T.D., BA ’03 MTh ’07, completed his doctorate in systematic theology with the Catholic University of America this past spring. He also holds an S.T.L. in fundamental theology from the Pontificia Università Gregoriana. He has been a monk of Our Lady of Dallas since 2003 and has served as the head of the theology and campus ministry departments at Cistercian Preparatory School. His research interests include apologetics, John Henry Newman, ecclesiology and 12th-century Latin Biblical exegesis. Easy subjects for small talk include France, Italy, translation and bicycles. 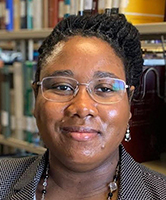 Associate Dean of the Library Reina Williams earned her M.L.I.S. from Dominican University (2010) in River Forest, Illinois, and completed a graduate assistantship at the Rebecca Crown Library at Dominican University where she focused on reference services, library instruction and digital services. She received her B.F.A. in art history, art criticism and theory from The School of the Art Institute of Chicago (2008). She is a recipient of the Mary Koga Award (2006) presented by the Japan America Society. She recently relocated from Chicago, where she was a tenured library faculty member and served as the department chair of the Wilbur Wright College Library (2010-17). She has presented at local and national library conferences on topics such as emerging library technologies, digital services, information literacy, and leadership and management in academic libraries. In her current position as associate dean of University Libraries and Research she will be supporting the dean of University Libraries and Research, library faculty and library staff in daily library operations.