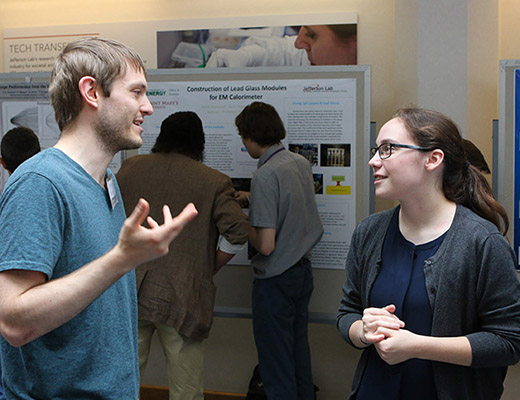 “In my current research, a research and development project, this kind of problem solving is central to achieving your goal,” said Velasco. “It requires you to be creative in a way that I had not considered before.”

While UD’s Fulbright Award legacy is widely known, a number of the highly competitive Goldwater Scholarships for budding scientists have gone to UD students in recent years, with Velasco being the third UD award recipient in the past two years.

The Goldwater Scholarship is awarded by the Goldwater Foundation to college sophomores and juniors pursuing research careers in the natural sciences, mathematics and engineering. The scholarship’s goal is to help increase the number of highly qualified professionals in these important fields within the United States. Awardees have GPAs of about 3.9, are involved in strong, long-term science-connected extracurricular activities, and have plans to earn a Ph.D. in science, engineering or mathematics.

Velasco is one of 15 students at Texas colleges and universities to receive a Goldwater this year. 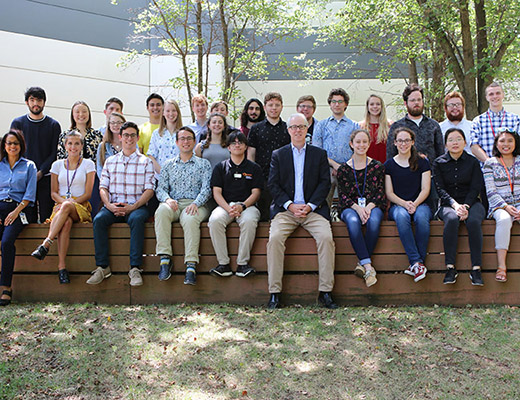 Thus far in her academic career, Velasco has participated in research experiences with Assistant Professor of Physics Jacob Moldenhauer, Ph.D., and off-campus at Jefferson Labs, a national laboratory in Virginia. She presented her work from Jefferson Labs at the American Physical Society. Velasco plans to go on to earn a Ph.D. in nuclear or particle physics and conduct research.

“I think that nuclear research is particularly fascinating since it examines the fundamental components of the universe. It’s very exciting to uncover a new way to look at the world, and I don’t think it’ll ever get old,” said Velasco. “There’s always new questions to answer.”

“She has incredible insights into physical phenomena and mathematical prowess to tackle advanced physics, which she has been doing as a sophomore,” said Richard Olenick, Ph.D., professor of physics.

When she isn’t studying nuclear physics, Velasco likes to run, read and knit. She is also a self-professed musical theater junkie.

Elizabeth (Reisinger) Sprague, BS ’93, was the first UD student to receive a Goldwater in 1991. Five of the awards have been received in the past 10 years; in fact, the Class of 2020's valedictorian, Ana Henriquez, BA '20, received the scholarship last year. UD’s earlier Goldwater awardees have gone on to attain excellence in math and science. A 1998 recipient, Carol (Gwosdz) Gee, BS ’99, is currently the chair of the mathematics department at St. Edward’s University in Austin.