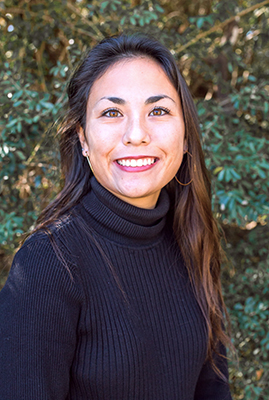 Future Plans: Beginning a Fellowship as a Daily Caller Reporter

This is the fifth in a series of eight stories that will be published to highlight the achievements of some of our seniors in the Class of 2020.

Sitting in her bedroom at home, away from UD for her last weeks of college, Mary Rose Corkery, BA ’20, cannot help but think about being on campus. She wishes for more of her favorite moments, like sitting on the Cap Bar patio after an early morning run, sipping coffee and waiting for campus to wake up. To see a place that is usually so vibrant and alive so quiet always filled Corkery with a peaceful silence that cannot be replicated — but this is only one of many ways in which UD affected Corkery.

Corkery decided when she was in middle school that she would go to UD. She heard a family friend talking about UD’s classical liberal arts education, and determined that UD was the college for her right then and there. During her application process, she remembered that decision and, though she ultimately chose for UD for better reasons, she did not let her middle-school self down.

Going into UD, Corkery knew she wanted to be a politics major. Corkery’s mother immigrated to the U.S. from Korea at a young age, which has given Corkery a particularly deep appreciation for America and the principles it upholds. Corkery especially loves UD’s approach to politics — the way the politics classes taught her a philosophy of being human and then gave her a practical application of this knowledge.

The most influential learning experience Corkery had at UD was during a semester in which she found herself in extremely complementary classes. While she was taking her first upper-level classes in politics, she was also taking American Civilization I with one of UD’s most beloved teachers, Associate Professor and Chair of History Susan Hanssen, Ph.D. Corkery says that the combination of Hanssen’s fundamental understanding of the nature of man in relation to the organization of government was not only very enjoyable, but also foundational to her education.

In her free time, Corkery spent much of her time running for the cross-country team, which she was on for the majority of her semesters at UD. In addition to being a student-athlete, Corkery participated in the Alexander Hamilton Society and was a fellow of the American Public Philosophy Institute. Each of these activities pushed her to excel and in doing so pushed her out of her comfort zone.

However, the activities and the classes were only byproducts of the education of which Corkery was really in pursuit. Ultimately, through her experience at UD, Corkery wanted to grow in her relationship with God in such a way that it became a part of her every day, a part of her career.

“Going to the University of Dallas gave me the chance to rise to the challenge to grow in my relationship with God and see this relationship manifest itself in developing deep self-knowledge and the rarest yet best of friendships,” she said.

This growth, Corkery finds, transcends anything COVID-19 has done to her UD experience. While she would rather COVID-19 had not interrupted her semester, she says it illuminated her experience at UD by showing her many of the ways by which UD has blessed her life.

Upon graduation, Corkery will move to Washington, D.C., where she will begin a fellowship as a reporter with the Daily Caller News Foundation. She is extremely grateful to the UD Alumni Network for connecting her to this organization. Looking with anticipation toward the future, Corkery cannot wait to make her alma mater proud.