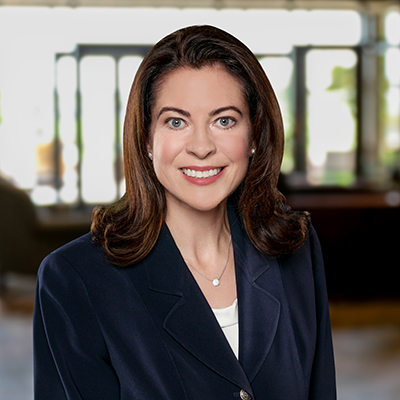 The University of Dallas has announced a new general counsel, Heather A. Lachenauer, and chief financial officer, Robert Watling. Both of these roles are filling positions left vacant by Lachenauer and Watling’s predecessors.

“Both Robert and Heather have joined us at a time when their expertise is greatly needed by the University of Dallas,” said President Thomas S. Hibbs, Ph.D., BA ’82 MA ’83. “They are exceedingly competent in their fields and deeply collaborative in their mode of work. We are fortunate to have them among us!”

Heather Lachenauer, who joined UD in May following her work as senior counsel with the First Liberty Institute, is an experienced litigator, appellate advocate and educator who has successfully represented international companies, federal agencies, financial institutions, businesses and individuals. She has advocated on behalf of clients in a variety of pro bono matters involving asylum, the death penalty and religious liberty, among others. Lachenauer has taught political science, rhetoric, and poetics and aesthetics as an adjunct professor and is a former member of the Board of Regents of St. John Paul the Great Catholic University. She is the cofounder of Epiphany Prep Charter School, a school dedicated to providing quality education to children living in low-income communities in San Diego.

Prior to practicing law, Lachenauer spent 10 years working in the field of international development and humanitarian aid, with a focus on legal reform and economic development in Central and Eastern Europe and West Africa and the development of sustainable education in Papua New Guinea.

Lachenauer completed her undergraduate work at the College of William and Mary in Williamsburg, Virginia. She studied philosophy and theology at the Dominican School of Philosophy and Theology and obtained a master’s degree in education and human development at George Washington University. She earned her law degree from the University of Notre Dame School of Law.

“I am honored and excited to be a member of an exceptional and inspired leadership team at one of the best universities in the country,” said Lachenauer. “Since moving to Dallas I have met many UD grads and admire the common thread among them — a well-formed character and inquisitive intellect. UD fosters an environment dedicated to intellectual and moral inquiry, where students are provided the opportunity to grow in supernatural and natural virtue.”

A Virginia native, Lachenauer is a member of the State Bar of California and the State Bar of Texas, and is admitted to practice before multiple federal courts, including the United States Supreme Court. She is an avid runner and a masters rower; she and her husband also enjoy hiking, biking, and all things water related (they are from southern California, and he is a surfer). They also love being in the mountains and traveling internationally; among Lachenauer’s favorite countries that they’ve visited are Ireland, Italy and Poland. 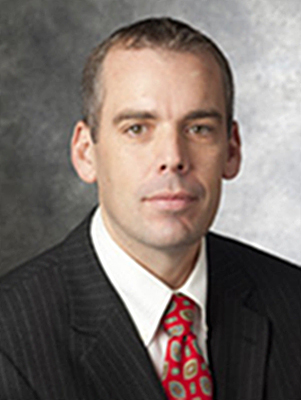 Watling has more than 15 years of finance experience in higher education, serving as a chief business officer for a college or administrative division. Prior to joining the University of Dallas in January, Watling was vice provost for academic resources at the University of North Texas. In this role, he implemented an academic financial program review to facilitate a more strategic and data-informed allocation of resources. Watling brings valuable private sector experience to his work in higher education; before focusing his career in higher education, Watling spent about five years in corporate finance, focusing on financial statement analysis.

Watling has been a licensed Certified Public Accountant (CPA) in Virginia since 2007 and in Texas since 2010. He is a member of the Southern Association of College and University Business Officers (SACUBO), chairing the Small Institutions Constituent Committee. Watling holds a bachelor’s degree from George Mason University and an MBA from Virginia Tech. A veteran of the United States Army, Robert was awarded the Armed Forces Expeditionary Medal for service in Bosnia and Herzegovina.

Like Lachenauer, both Watling and his wife are avid runners; they got engaged at the 2012 Chicago Marathon and married at the 2013 Boston Marathon, moving forward with their wedding in spite of the bombing that occurred at the marathon that year because they felt that love needed to prevail, as they explained in an interview with CNN that night. The next year, Watling’s wife ran the 2014 Boston Marathon while three months pregnant with their daughter, Lexi. Lexi’s middle name, Copley, is taken from Copley Square, where the marathon finishes. Lexi is now a pre-K graduate, looking forward to kindergarten in August.

“The university’s mission is very meaningful to me, and I look forward to contributing to such a wonderful community of students, faculty, alumni and staff, as we continue to advance the vision as a premier Catholic university,” said Watling. “I would like to build on prior work of the Office of Finance and empower campus leaders with financial data and information that will lead to well-informed, strategic decisions.”