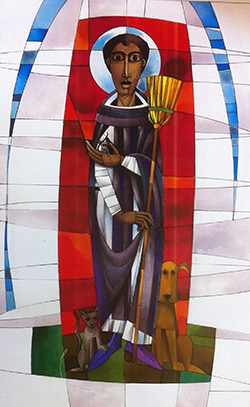 Behind every stained glass window is an initial vision — a sketch grasping at a way to communicate visually the sacred while considering practicalities of a window’s location and illumination from surrounding light. On exhibition will be, for the first time, many of the studio archive’s watercolors, ink sketches and drawings produced by Emil Frei Studio artists. This survey show reveals what typically remains hidden: the artist’s working designs.

By their very nature, designs such as these are not ﬁnished products, and as such they testify to the ongoing tradition of liturgical art. At the design stage, we encounter the artist in mid-thought, where the struggle to depict or reveal spiritual meaning is heightened. In some instances, we see notations and changes scrawled by the artist as he reﬁnes a concept. In others, residual smudges and prints left by craftsmen during fabrication stain the paper. This evidence of the human hand labouring in this creative work tells the story of the living tradition of sacred art.

While their windows can be seen around the country, their designs have never left the archives for public viewing until now. This exhibition showcases the true scope of of the Emil Frei Studio’s artistic production over a century on.

This exhibition is made possible by the generosity of the following institutions and individuals who have loaned their artworks: Emil Frei Inc., Winﬁeld Galleries, Judy Frei-Howe, Saint Louis University Library and Tony Deck. 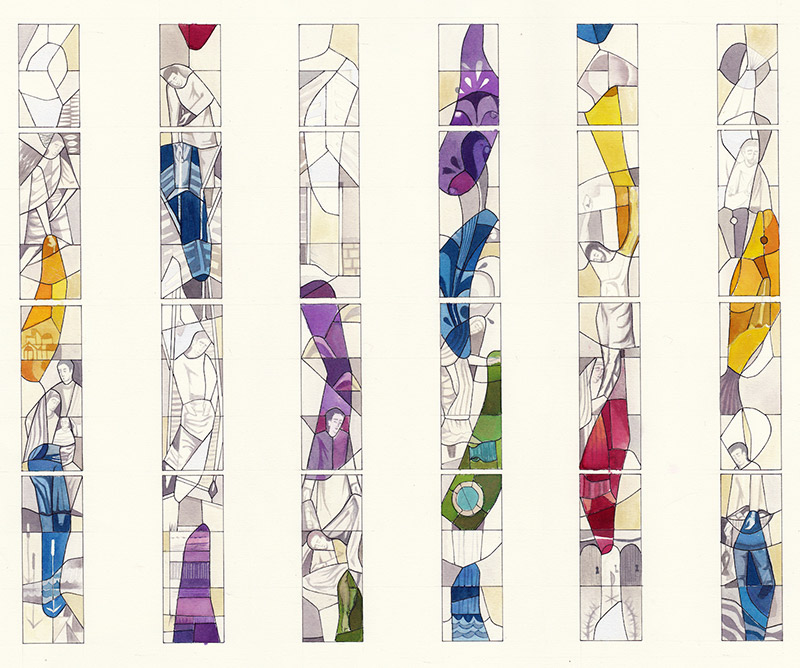 The Haggerty Art Gallery is located at the University of Dallas in the Haggerty Art Village Art History Building, at the corner of Gorman Drive and Haggar Circle.