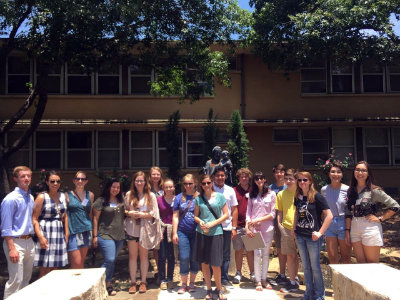 Latin in Rome, Rome & the Catholic Church and Shakespeare in Italy participants took their first steps in their odyssey to the eternal city on July 8 when they arrived to the University of Dallas Irving campus for pre-program activities.

The Rome & Summer Programs staff welcomed 54 students and their families to the Irving campus on Saturday, July 8. After settling into their rooms, students headed off to Haggar University center to enjoy lunch in Haggar Cafe and get their first taste of Italy at the university's very own Cappuccino Bar. Following lunch students received a tour of campus and then attended their first official class with Dr. David Davies on the historical and archeological background of the Rome Campus.

Later in the afternoon, a welcome mass was celebrated by Fr. Thomas and the students were given some free time to relax after a busy day of activities. A Texas BBQ banquet wrapped up the evening.

After saying their goodbye’s students made their way to the Art History auditorium to view the 1957 film version of Julius Caesar and participate in a discussion of the film led by one of their program tutors, Esther Moon.

The next day participants awoke bright and early to head off to the airport and officially begin their odyssey. 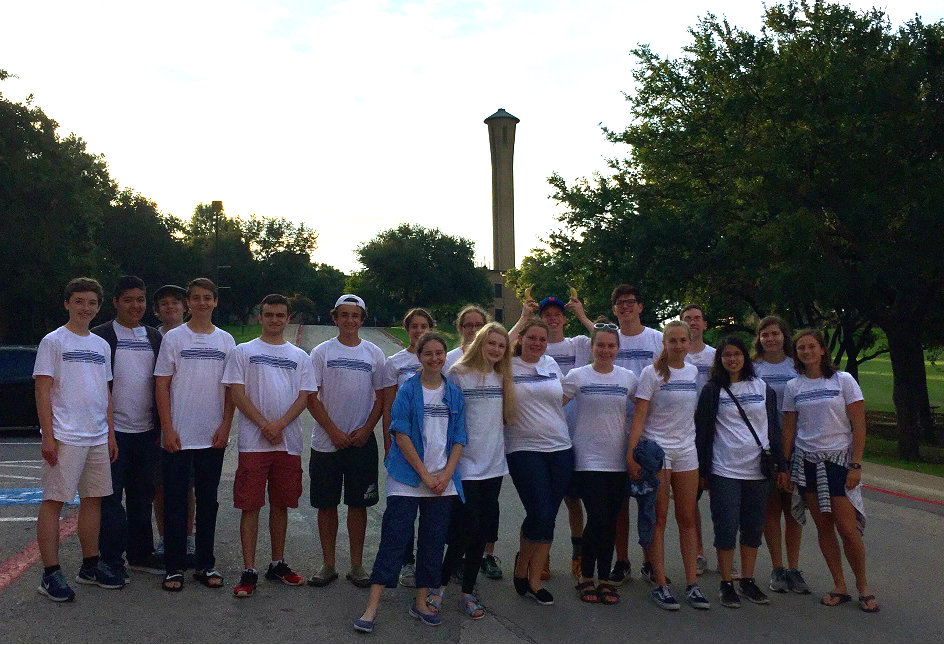