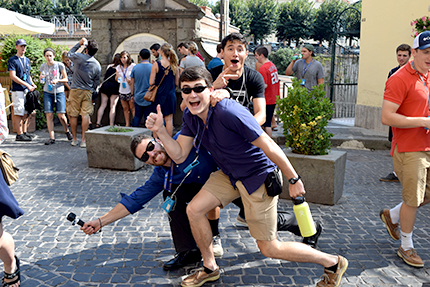 The students’ first full week in Rome ended with an afternoon visit to the charming hill-towns of the Castelli Romani near the Due Santi campus. These small towns are known for their beauty, history,and rich local culture.  The Castelli provide a nice contrast to Rome, a city of brick and marble, with their hills and valleys, dramatic volcanic peaks and glistening lakes.  The tour began in Castel Gandolfo where. Dean of Rome Campus and Associate Professor of History Peter Hatlie gave a brief introduction which was followed by a few words from Assistant Dean of the Rome Campus Ryan Reedy outside the Papal Palace. The second stop was to Nemi, where students heard from Affiliate Assistant Professor of Art and Architecture Elizabeth Robinson and Associate Professor of English at the Rome Campus Andrew Moran about the town’s unique history, including its identity as a former site of a cult of Diana, and its relevance to the Romantic movement as a popular stop on the Grand Tour. Finally, the tour ended in Grottaferrata where Hatlie tried to say a few words outside the medieval church, but was interrupted by the arrival of a bride on her wedding day.

Upon arriving back to campus, Monsignor Fucinaro hosted a wine tasting. The class had the opportunity to try four wines, while Msgr. Fucinaro described each wine’s particularities and provided tips on how to taste wine and distinguish smells and flavors. The event started at the campus pool with prosecco, Italian sparkling white wine, accompanied by delicious Italian antipasti. After drinking a light white wine at the pool, the students made their way to the soccer field for the rest of the evening. Once seated on the field for dinner, students enjoyed two different red wines – the first served with Nino’s very own amatriciana pasta in tribute to the victims of the earthquake in Amatrice earlier in the week. Throughout the whole event, the students carried a wine glass labelled with a name from a famous duo — they had fun trying to find and introduce themselves to their partner. 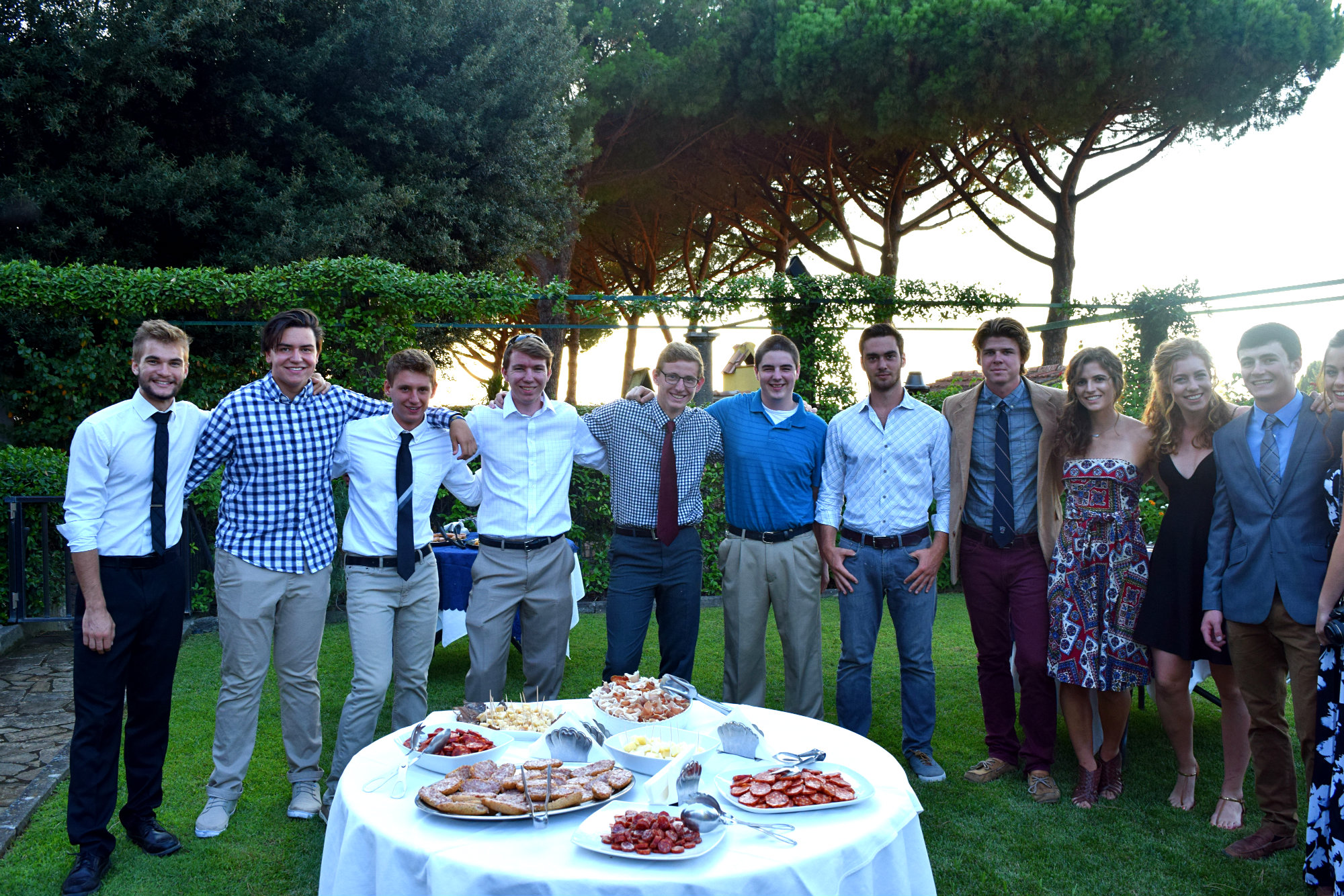