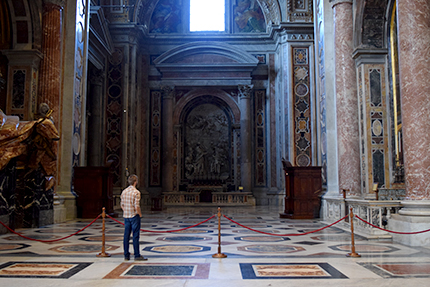 The day after the students arrived in Rome, they had a 5 a.m. wake-up call and 6:30 a.m. departure for their first trip into the historical center of Rome. The class arrived to St. Peter’s Square around 8 a.m., when the sun was just coming up from behind the basilica. Their first sight of St. Peter’s was exhilarating, as the piazza was nearly empty, and they were fortunately among the first in the security lines to enter the basilica. Once in the basilica, the students were able to attend Mass, offered at the Altar of St. Joseph by Monsignor Fucinaro. Two young men had the opportunity to serve at the Mass, and two young women were lectors – quite a thing to do on your first day in Rome. After Mass, the class met at the obelisk in the piazza to divide into groups for orientation walking tours of Rome. Various members of faculty and staff (including some faculty family members) led groups of nine students around the city of Rome, sharing with them their favorite spots in all of Rome, from the Spanish Steps, to Piazza Navona, to the Aventine Hill. Students learned some practical information, such as how to travel by metro, how to cross the busy streets of Rome and how to use basic Italian phrases in various situations. More importantly, they were able to taste their first real cappuccino and gelato! 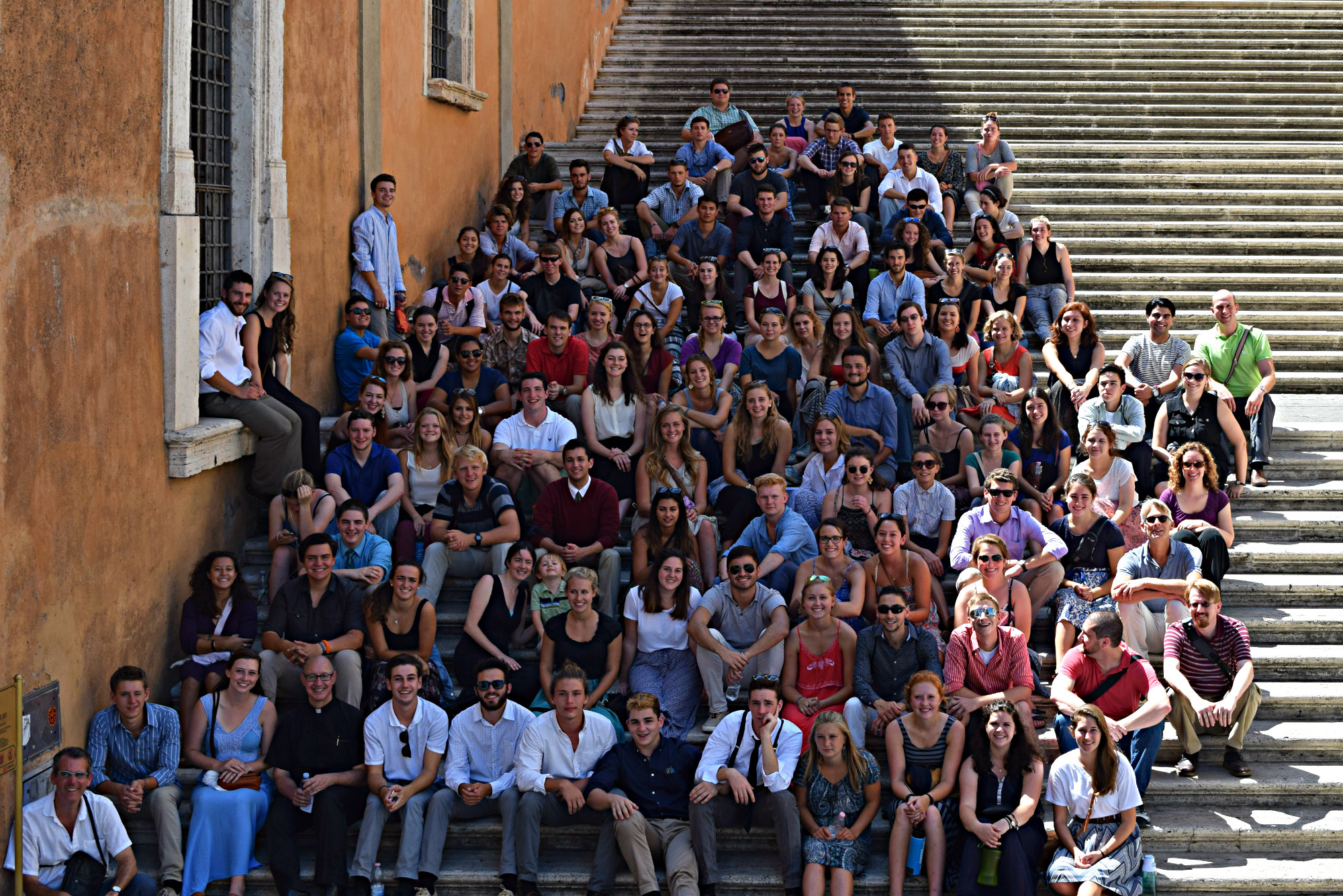