During the last two weeks, students were fortunate to attend two lectures given by important guest speakers. The first lecture, “Carving in Place, Sculpture in Stone from Roman Times to Modern,” was given by Peter Rockwell, the sculptor son of painter Norman Rockwell. Peter Rockwell spoke about sculpting from ancient times up until modern – he even brought a block of marble to demonstrate the different carving techniques! He also invited twelve lucky students to his studio in Rome to learn how to carve marble. The second lecture was given by Dr. Jeffrey A. Larsen, the Director of the Research Division at NATO Defense College. He talked about general ideas of security and freedom, Russia’s change in status from partner to adversary, and NATO’s evolving role in a changing world. 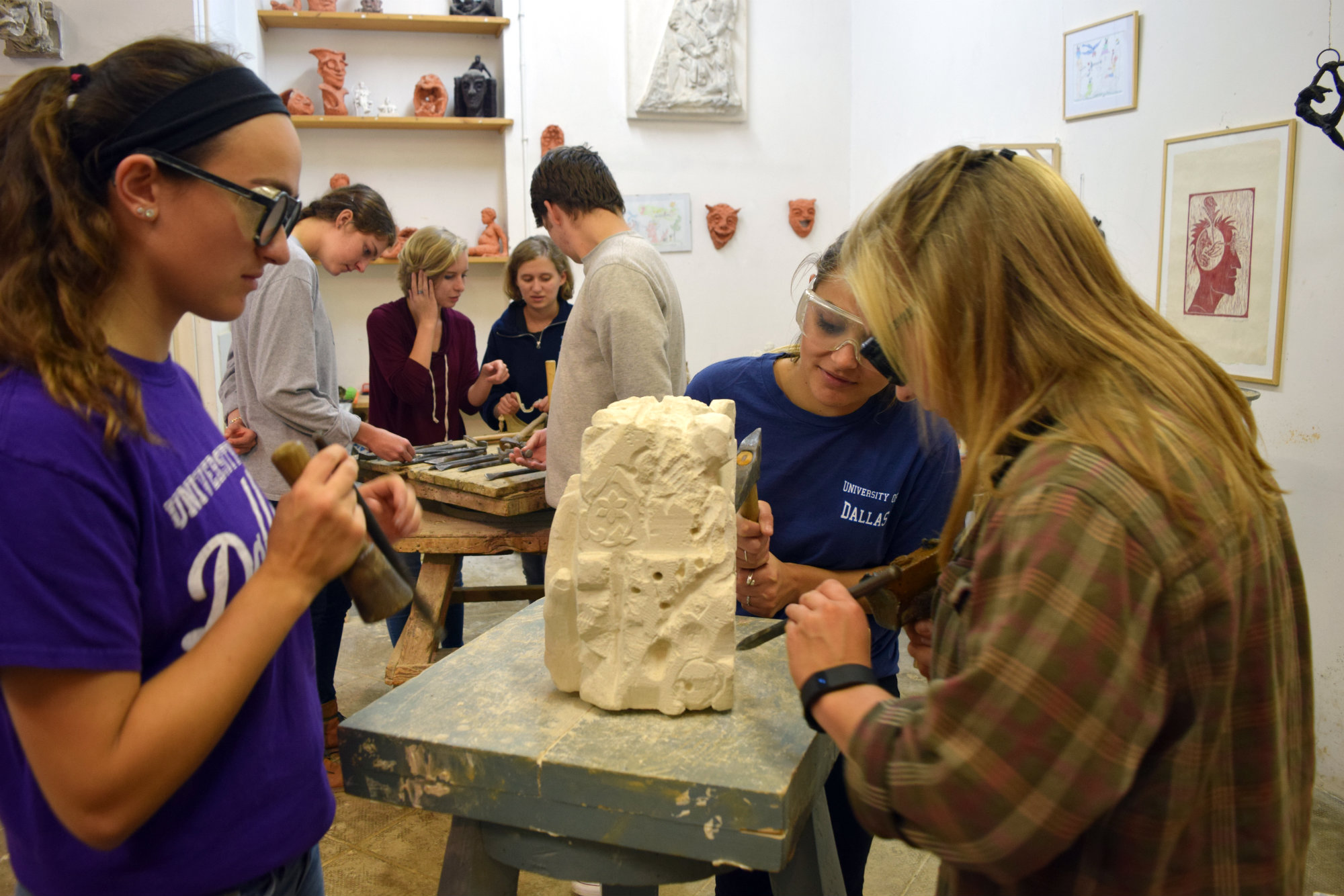