The men of the Fall 2016 class had their chance to spend a weekend on a silent retreat at the Casa Divin Maestro, a center overlooking Lake Albano with views of Castel Gandolfo. The retreat house is a beautiful and peaceful space, even used by Pope Francis during the 2014 Lenten season. The Men’s Retreat was organized and led by Rome Chaplain Msgr. Fucinaro and Assistant Chaplain Father David Brown, who were assisted by other American priests and seminarians from the Pontifical North American College, as well as Fr. John Bayer, a Cistercian from Our Lady of Dallas Abbey. The ability to get away from the busy schedule and spend a few days in quiet prayer and reflection is often a highlight of the whole semester for students! 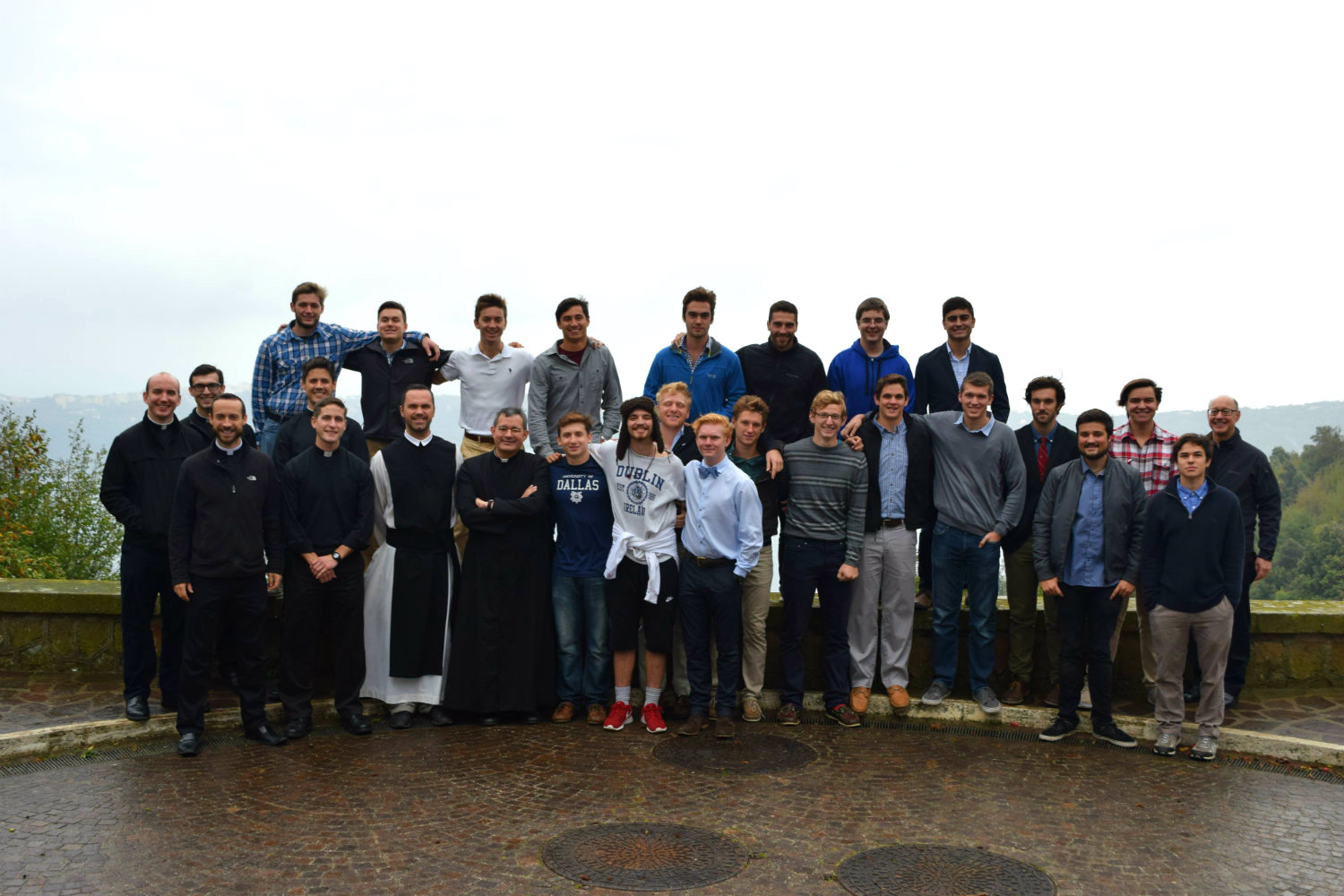