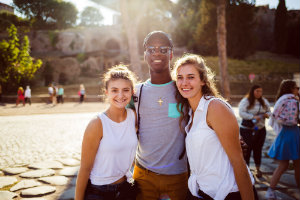 Students tackled jetlag head-on by waking up at 5:00 a.m. on Sunday to beat the crowds at St. Peter’s Basilica. This was the first time inside the Eternal City for most of the students, and they enjoyed a scenic bus route through the southern gates of Rome, passing by St. John Lateran Basilica and Circus Maximus on the way to the Vatican. After a few preliminary, morning light photos in front of a still-empty St. Peter’s Square, students passed through Bernini’s famous colonnade and into the basilica. Necks were immediately craning to admire the sheer size of the church, especially the enormous dome designed by Michelangelo.

Monsignor Thomas Fucinaro celebrated mass for the students at the Altar of St. Joseph, which contains the relics of the Apostles Saints Simon and Jude. Directly to the left, students saw the Altar of the Crucifixion of St. Peter, traditionally thought to be the exact spot of the first pope’s martyrdom.

After mass, students made their way back to the square, where they divided into various walking tour groups, led by faculty and staff.

Three hours of exploring later, the groups reconvened at the Capitoline Hill, and students and staff alike compared the routes and sites of their respective tours. Stopping first at an overlook of the Roman Forum and Colosseum, the Fall 2017 class boarded the buses to return to campus and to prepare for the start of classes the next day. 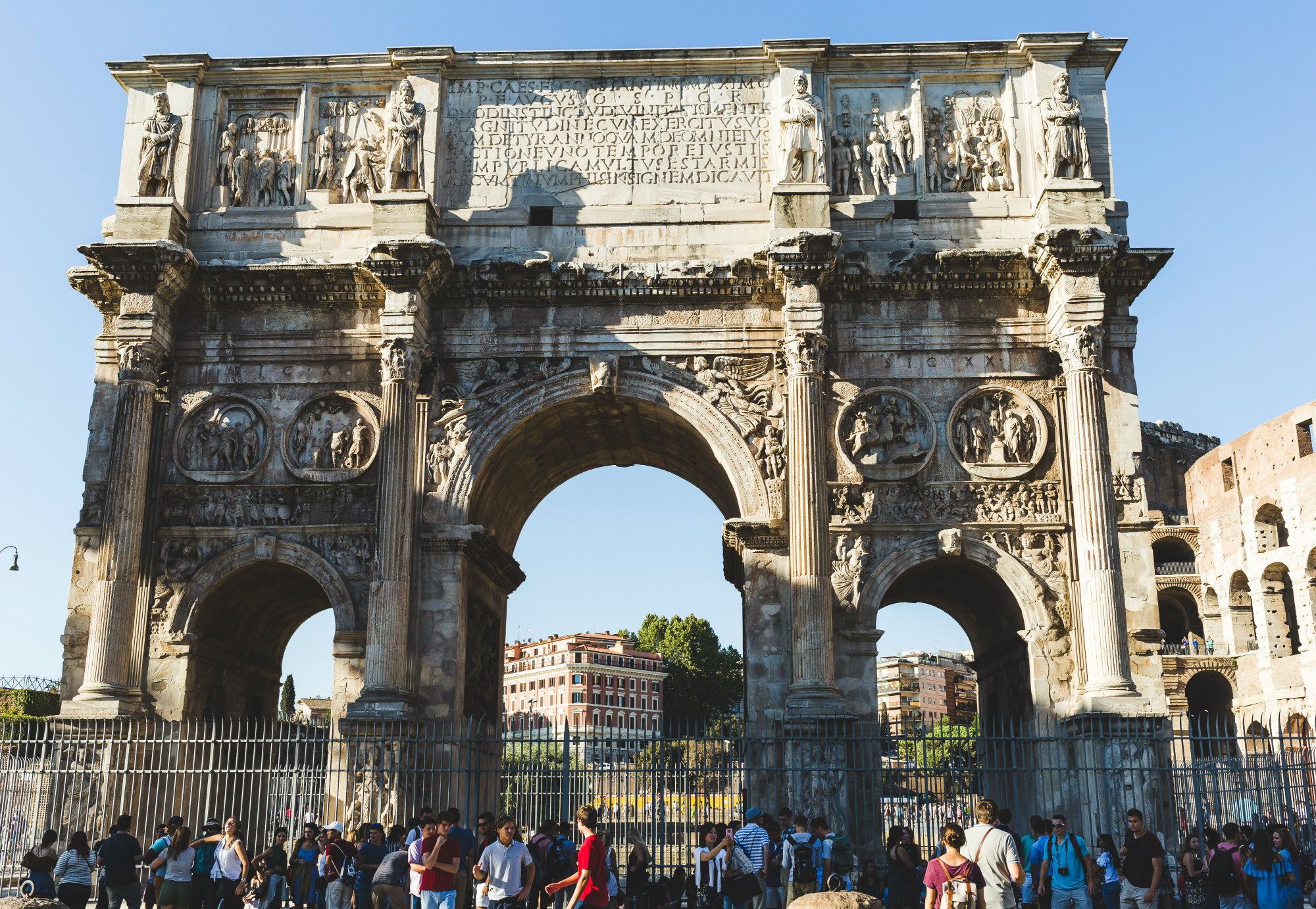