The Due Santi campus welcomed its 47th group of students on Saturday, August 19th as the Fall 2017 Rome class arrived. The Rome Resident Coordinators, along with four student assistants, helped check students in and load their suitcases and hiking backpacks into rooms looking out into Rome, the vineyard, or Castel Gandolfo.

Students soon began exploring the legendary campus, taking their first walks through the vineyard and catching up with friends on Piazza Due Santi. After a brunch in the mensa, the Resident Coordinators took students on official tours of campus, introducing them to everything from the laundry room to the forno – and outdoor kitchen complete with wood grill and pizza oven.

After the tour, students assembled in the amphitheater for an opening mass and Convocation, where they received encouragement and advice from Dr. Peter Hatlie – Director and Dean of the Rome Program, Monsignor Thomas Fucinaro – Rome Campus Chaplain and Mr. Lucas Preble – Director of Student Affairs.

Dr. Hatlie charged students to ask the question, “Where are you going?” as encouragement to think deeply and reflect as they embark on geographical, intellectual, and spiritual journeys.

As students enjoyed their first Italian meal on the mensa lawn, conversations were already turning towards travel plans and the imminent start of classes. 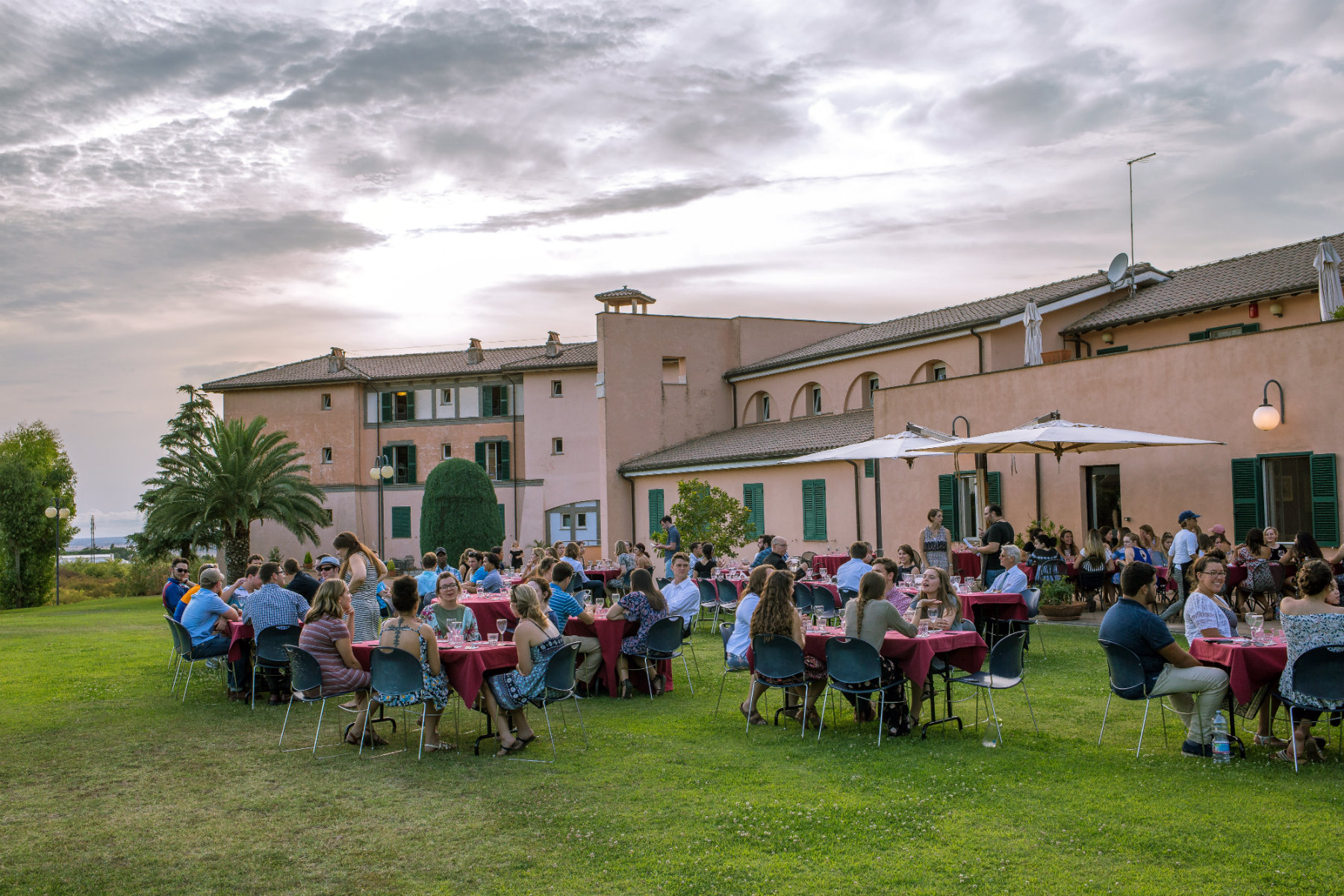