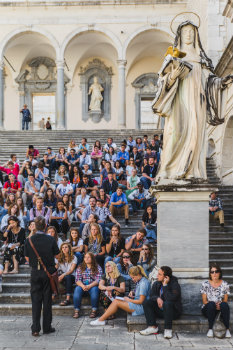 The fall Rome class was woken up early Friday morning at 5:30, and was soon eagerly boarding buses for the first class trip of the semester: a three-day tour of the southern Italian region of Campania.

The class first made a stop at the famous Benedictine monastery of Montecassino, where students took in the natural and architectural beauties of the site as well as three lectures from faculty. English professor Dr. Kathryn Davis lectured on the monastery’s important strategic position during World War II which led, unfortunately, to its being bombed by the Allied Forces. Fr. James Oberle then gave an introduction to the rule of St. Benedict by the statues of St. Benedict and St. Scholastica. St. Benedict’s statue was one of the few things left unharmed by the WWII bombings. Students then entered the rebuilt church and learned about its architecture from Dr. Elizabeth Robinson, assistant academic dean and art history professor. Students then had free time to visit the tombs of Saints Benedict and Scholastica and walk around the monastery, which was rebuilt exactly as it stood before its bombing. 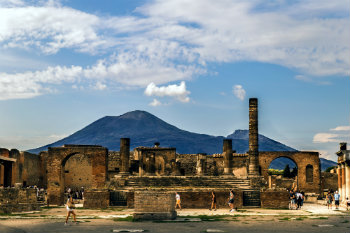 After Montecassino, the class visited the ruins of Pompeii before finishing the first day’s journey to the hotel in Paestum.

On Saturday morning, the students once again boarded the buses for an early morning commute. After a short ride, the Rome class traded the buses for a boat and took a cruise down the Amalfi coast, stopping by the town of Amalfi, where they explored the Church of Saint Andrew and shopped along the main road.

After another boat ride, the class had several hours of free time at the town of Positano, where they enjoyed the beach and the rocky cliffs.

Catching naps on the boat and bus ride back to the hotel, the students rallied to catch the sunset and another quick swim at the beach not far from the hotel.

The last day of the trip started with Sunday mass celebrated by Msgr. Fucinaro at a local church right across the street from the hotel. Following mass and breakfast, the students then headed to the archeological site of Paestum, where they saw some of the best preserved Greek temples in the whole world. At the site, Dr. Peter Hatlie lectured on the Campania region’s significance as a gateway into Italy from Greece. As the Greek culture flourished, population growth meant expansion into southern Italy, where students now can appreciate largely intact Greek temples. 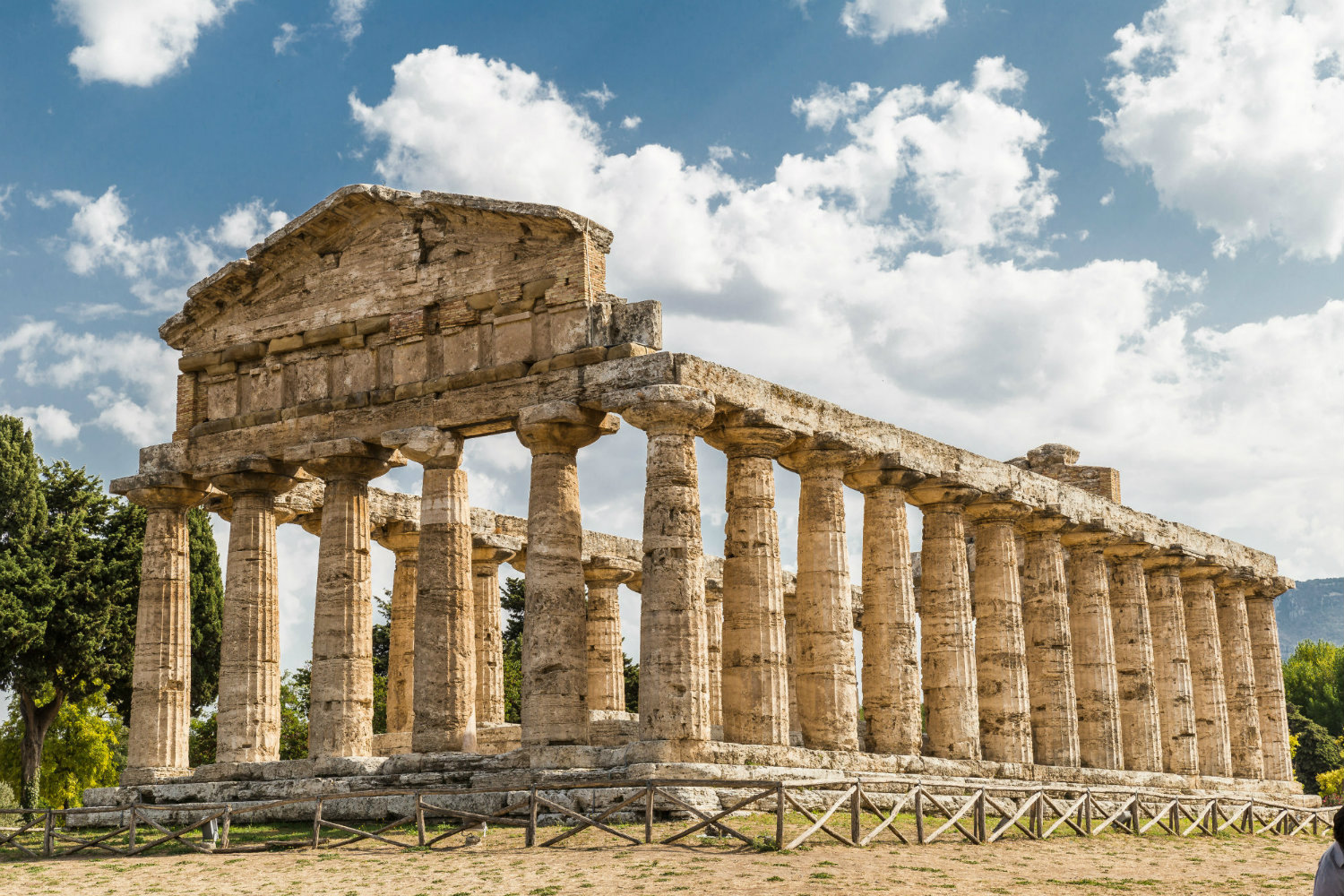