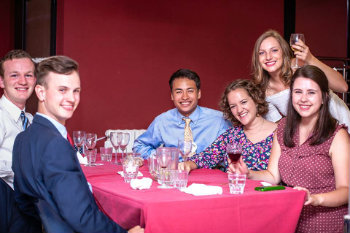 Two and a half weeks into their semester, the students of the Fall 2018 Rome class have settled in nicely. Adjusted to life on Due Santi, they use public transportation to visit the city, are seen studying under the many campus pergolas, and have taken up Italian pastimes, playing bocce or baking pizzas in the forno. Tomorrow, the students depart for their first long weekend break; for many of them, this will be their first foray into independent travel.

The comfort of routine is enjoyed by students and staff alike, the first couple of weeks of the semester were filled with excitement and many long, multiple course dinners.

On the day of their arrival, students received campus tours, reunited with freshman year friends, and put on their Sunday best for opening mass, convocation, and dinner. 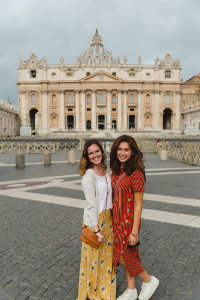 To combat jet lag, students received an early wake-up call the very next morning at 5am and were soon at St. Peter’s square for a private mass inside the basilica celebrated by the campus chaplains, Monsignor Fucinaro and Fr. Brown. After mass, students congregated in the square, where they divided into walking tour groups, led by professors, chaplains, and student affairs staff members. With their groups, students were shown how to use the metro, order coffee and gelato, and to get water from the many aqueduct-sourced fountains around the city.

Monday was also packed full, as students got to attend the ribbon cutting ceremony for the newly completed Rome Expansion project. The day was celebrated with a mass, speeches, reception, and oversized scissors. Students joined with major donors and university trustees in applauding the new expansions to the mensa, dormitory, and soccer field.

Gradually, students settled into a rhythm, as orientation meetings came and went and classes began. However, the schedule is never a dull one, and students were quickly back in the city for a scavenger hunt and visits to Castel Gandolfo and Nemi, beautiful, hilltop towns overlooking volcanic lakes and located only a few minutes from campus!

So much takes place in these first few weeks, and much is yet to come. Many students attended an optional lecture given by their English professor, Dr. Crider, on the art of journaling. After this first long weekend, it is certain that many students will have many pages filled with records of their European adventures. 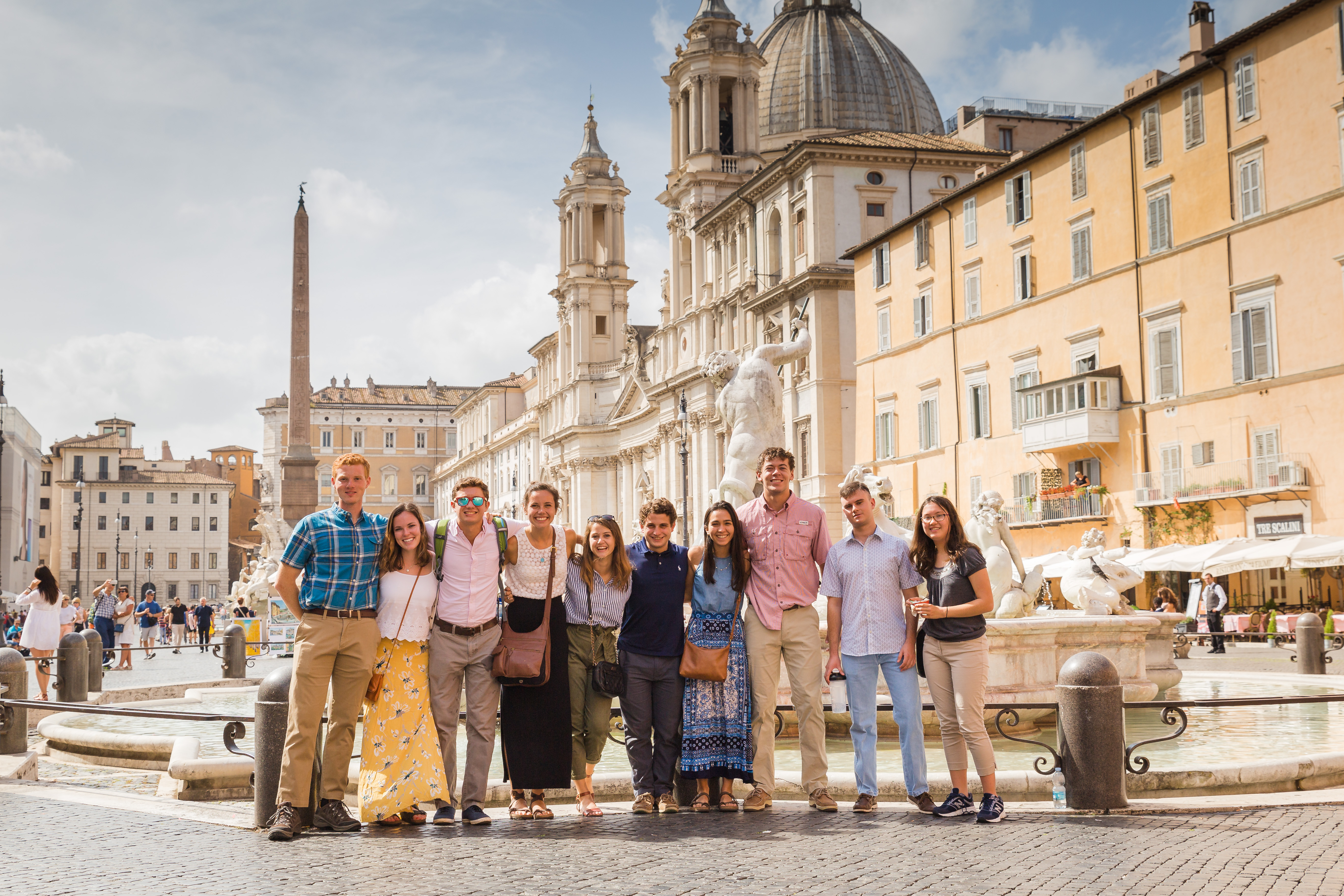