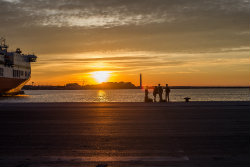 Late-September through October brought great highs for the students of the Fall 2018 Rome class. Following a spirited G(r)eek Olympics, which featured sticky victory for some and painful defeat for others in colorful togas, the class gathered for a group dinner and Chaplin’s reception prior to their departure for Greece. The class enjoyed comfortable weather throughout the trip and safe passage on an overnight ferry from Bari to Igoumenitsa. Following lectures on Greek history, the birth of the Greek gods, and lyric poetry recitations in Dodona, students visited the iconic cliff-side monasteries in Meteora. They pressed on to Delphi, even stopping for a rainy recitation of Herodotus in Thermopylae, before arriving in Delphi on September 30. The entire class was swept up in the mysticism of the oracle as they climbed through low clouds into the ancient ruins at Delphi and listened to lectures on the Marmaria, ancient philosophy, and Apollo as the god of poetic revelation before visiting the archeological museum. 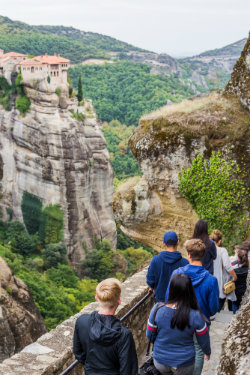 From tranquil Delphi the class made its way to busy Athens, the birthplace of democracy and home of Socrates. They made time for a picturesque afternoon in Hosios Loukas, a Greek Orthodox monastery overlooking rolling hills, and heard lectures on Catholicism and Orthodoxy and late pagans and early Christians. The bustle of Athens brought visits to the Parthenon, Areopagus, Pnyx, and Socrates’ Prison. It also allowed the class a little free time to climb Mount Lykabettos, visit a museum or two, and shop.

By October 3, the Greece trip had already hit its halfway point and the class was winding down towards a more relaxed ending. The group visited the archeological site of Mycenae before stopping in the seaside town of Nafplion. The following day brought an excursion to the Greek islands of Spetses and Hydra with much time for swimming and sun bathing. The trip ended with a stop at Epidauros and Olympia before heading back to Italy and arriving home on October 7.

It seemed like the class had only been back on campus for a few hours before students geared up for Fall “Ten Day” Break from October 12-21. After a few days of class, a philosophy exam, and a site visit in Rome, the students departed in groups for a much-deserved break. Groups of students traveled all over Europe, from Germany and Ireland to Albania and Poland. Some even managed to study for their classes!

The remainder of October brought a renewed focus on traditional lectures on campus and several significant academic assignments. Students also prepared for separate Men’s and Women’s silent retreat weekends and a final class trip to Northern Italy before Thanksgiving Break. 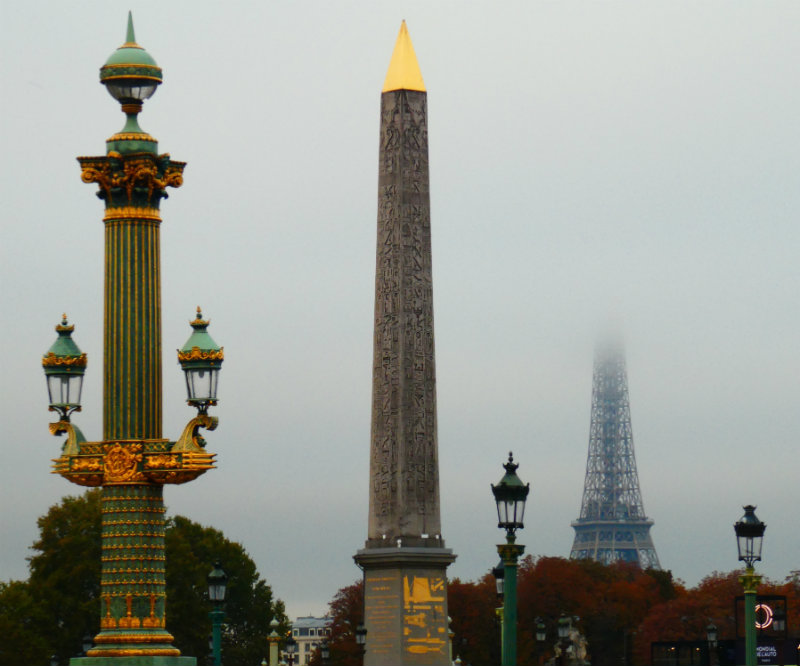