Art & Architecture Site Visit to the Roman Forum and Colosseum

Art & Architecture Site Visit to the Roman Forum and Colosseum 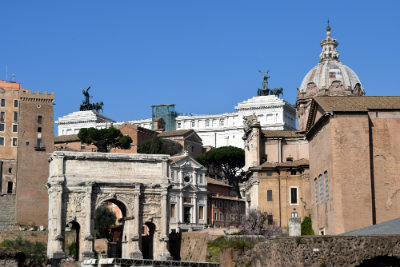 The second Art and Architecture visit was to some of the best preserved archaeological sites of Rome: the Roman Forum and the Colosseum. Such sites give modern visitors a very real sense of how life would have been in Ancient Rome, home to one of the world’s greatest civilizations.

Drs. Peter Hatlie and Elizabeth Robinson, UD Rome’s Art and Architecture professor, brougth the Roman Forum to life for students, each leading tours and giving lectures at various spots in the Forum such as the Arches of Septimius Severus and Titus, the Basilica of Maxentius and Constantine, the Column of Phocas and the Temple of Antoninus and Faustina. Student volunteers also read aloud from primary sources discussing the day-to-day life in the Forum.

After a short break for lunch on their own, students reconvened at the Arch of Constantine for a brief introduction to the Colosseum, given by Dr. Robinson, who then led the class inside the amphitheater for a fantastic view and more detailed discussion of its architectural and cultural significance of Ancient Rome. As in the Roman Forum, students read from primary sources describing different perspectives on the Colosseum and the events that occurred there. 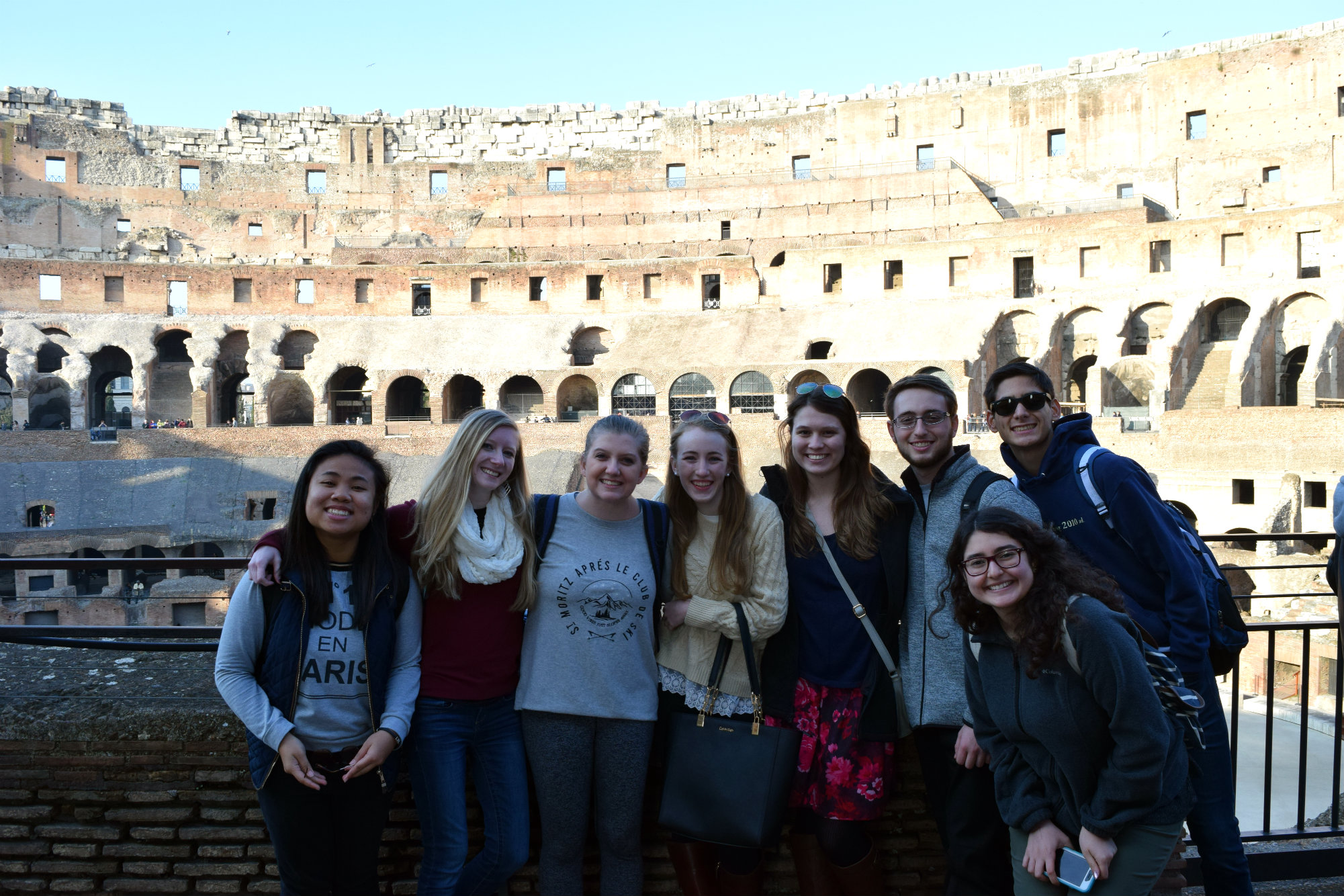