This Art and Architecture visit took place in a peaceful and more residential area of Rome, outside the center, at the site of two early churches: Santa Costanza and Sant’ Agnese Fuori le Mura. Both churches showcase the movement from pagan art to Christian art at the time of early Christianity. In Santa Costanza, originally built as a mausoleum for Constantina and converted into a church in the 13th century, the students looked closely at the 5th century mosaics as some of the first examples of Christian artwork. In Sant’ Agnese, a beautiful basilica dating back to the 7th century, Dr. Robinson discussed the growth of the early Christian church in Rome, pointing out the novelty of Christian artwork represented in this basilica as well. This basilica contains the crypt of St. Agnes so students had the opportunity to pray before her tomb after the lecture. This more religiously-oriented site visit was particularly appropriate since it took place on the first day of Lent, Ash Wednesday. 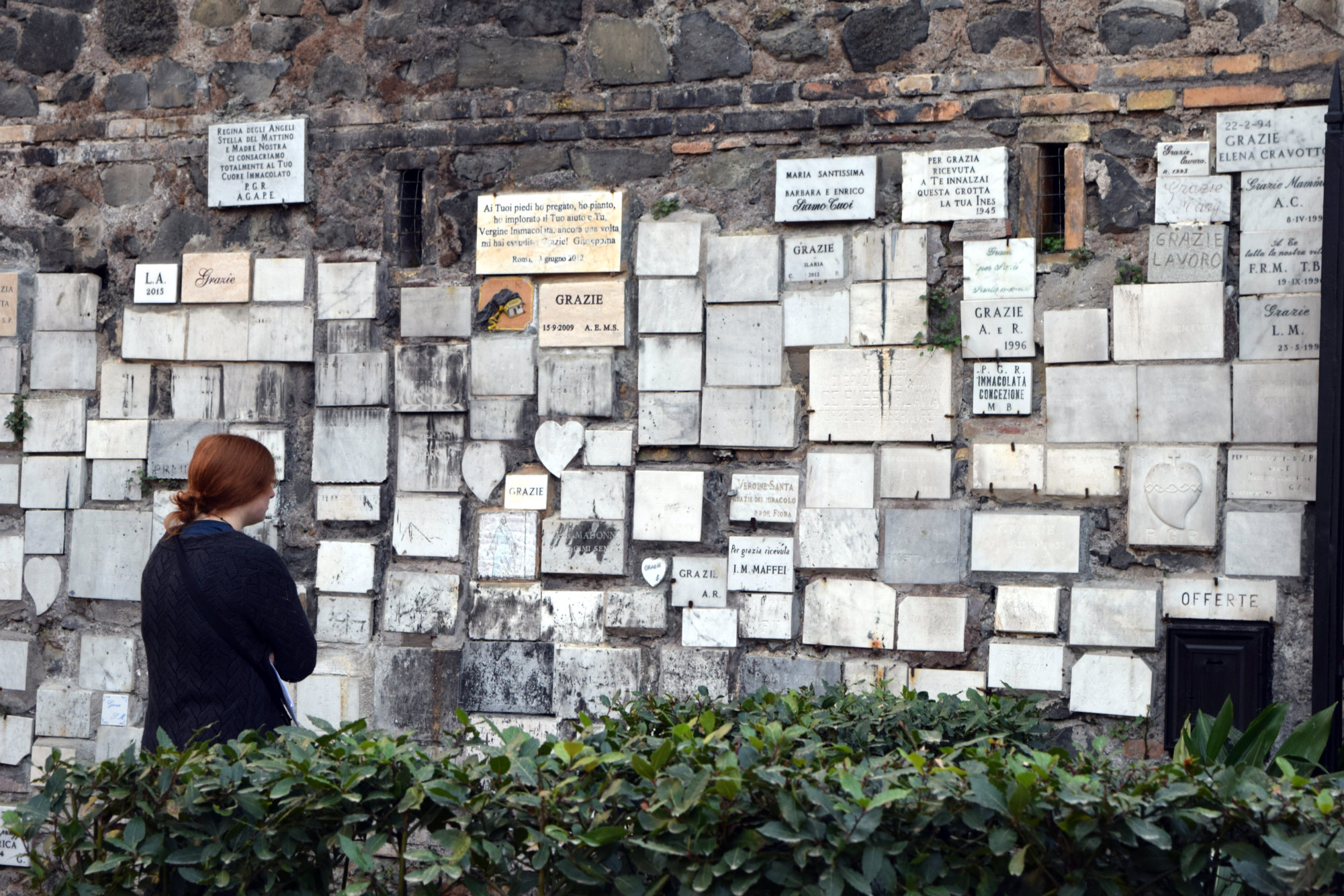