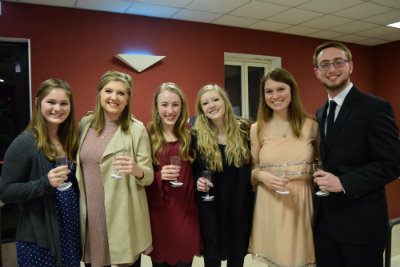 The first class outing of the spring semester was a walking excursion in Rome along the Via Appia Antica (the Appian Way). On the south end of the Appian Way, Dr. Hatlie introduced the students to its historical importance as a route for Roman troops to reach beyond the confines of Rome during the years of the Republic, and as a neighborhood where privileged Roman and early Christian families built their palaces and mausoleums. The group walked a short way until reaching the Mausoleum to Cecilia Metella where Dr. Robinson talked briefly to give the students their first experience of an educational on-site class lecture. She discussed what could be learned from the art and architecture of the tomb, which when combined with the history of the time is very useful to demonstrate what society was like at the time it was built.

After a beautiful half-mile walk and a stop at the Circus of Maxentius to wander amongst some ruins, the group arrived further north at San Sebastiano (Saint Sebastian at the Catacombs) where Dr. Mirus lectured on the importance of this church and the story of St. Sebastian. The students were then divided into small groups and given tours of the catacombs where, among other things, they saw early Christian art and inscriptions that remain on many of the tombs.

Following the excursion, the students were treated to a wine tasting and formal dinner on campus. Campus chaplain Msgr. Fucinaro guided the students through the various steps of how to taste wine while describing the characteristics of the specific wines being tasted. They were introduced first to franciacorta (the Italian equivalent to champagne) paired with a fantastic antipasti mix of Roman delicacies (adventurous students tried pigs’ brain!), followed by a white wine and two red wines. The mensa prepared a wonderful Roman dinner with a first course of pasta amatriciana and a second course of “polpetti” (meatballs, but with no spaghetti in sight!) to perfectly match the wines. 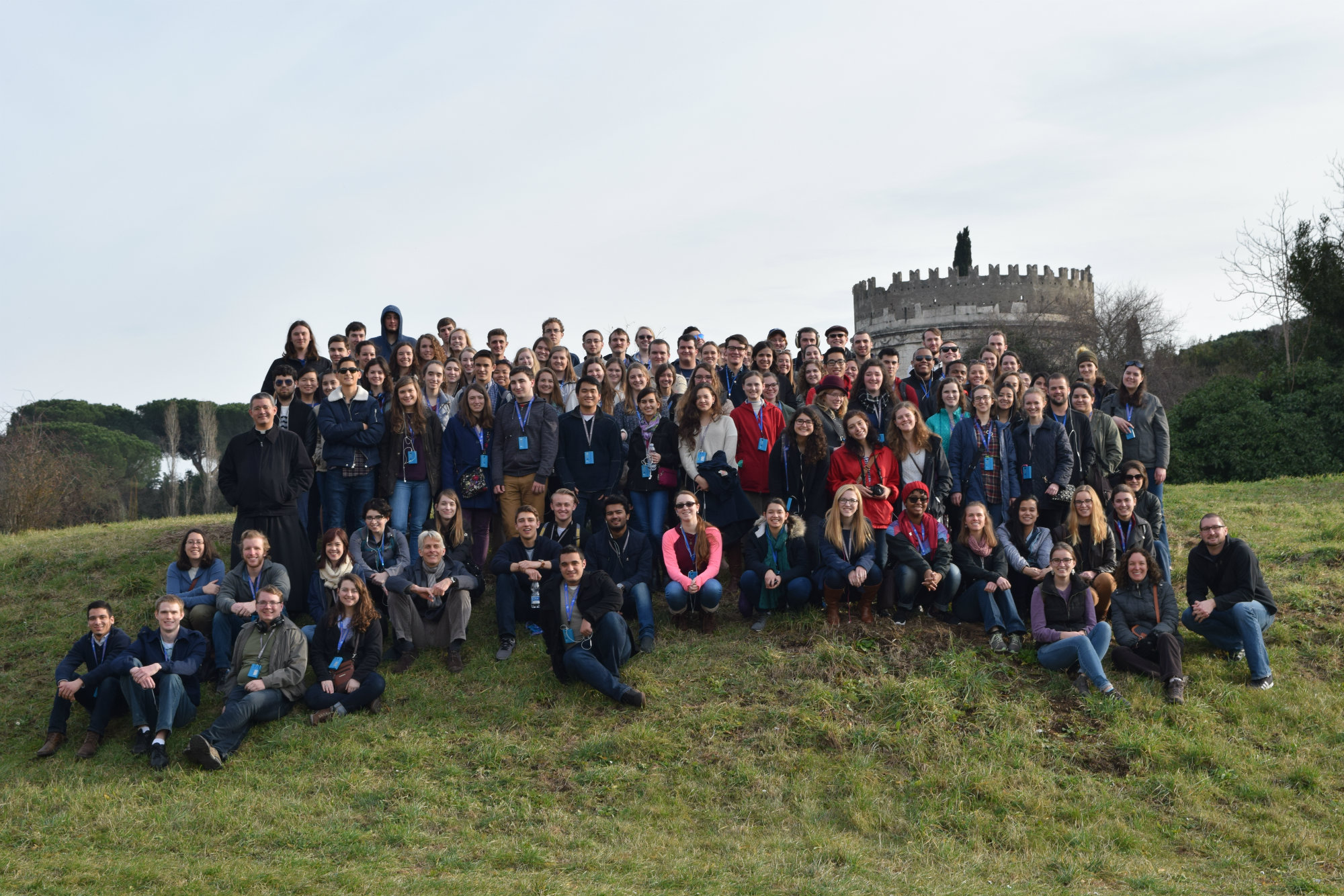