Students have been raising money throughout the semester to donate to Catholic Relief Services for refugee aid, specifically for food, water and access to sanitation for those fleeing from Syria. A fundraising webpage was set up to share with parents and friends asking for donations to sponsor students for a walk in solidarity with the refugees, who themselves walk hundreds or thousands of miles to safety from their tormented homes.

Students who received sponsorship were invited to participate in what was approximately a 12.5 mile walk around the city of Rome, with stops at its seven major pilgrim churches (St. Paul Outside the Walls, St. Sebastian, St. John Lateran, Holy Cross, St. Lawrence Outside the Walls, St. Mary Major and St. Peter’s Basilica). Several students helped spearhead the event and set up the webpage, with help from Philosophy professor Dr. Mirus and Rome Chaplain Msgr. Fucinaro. The walk itself was completed in just over six hours with at least a few minutes spent at each church for prayer. At the end of the walk the group enjoyed a pizza dinner nearby St. Peter’s Basilica. 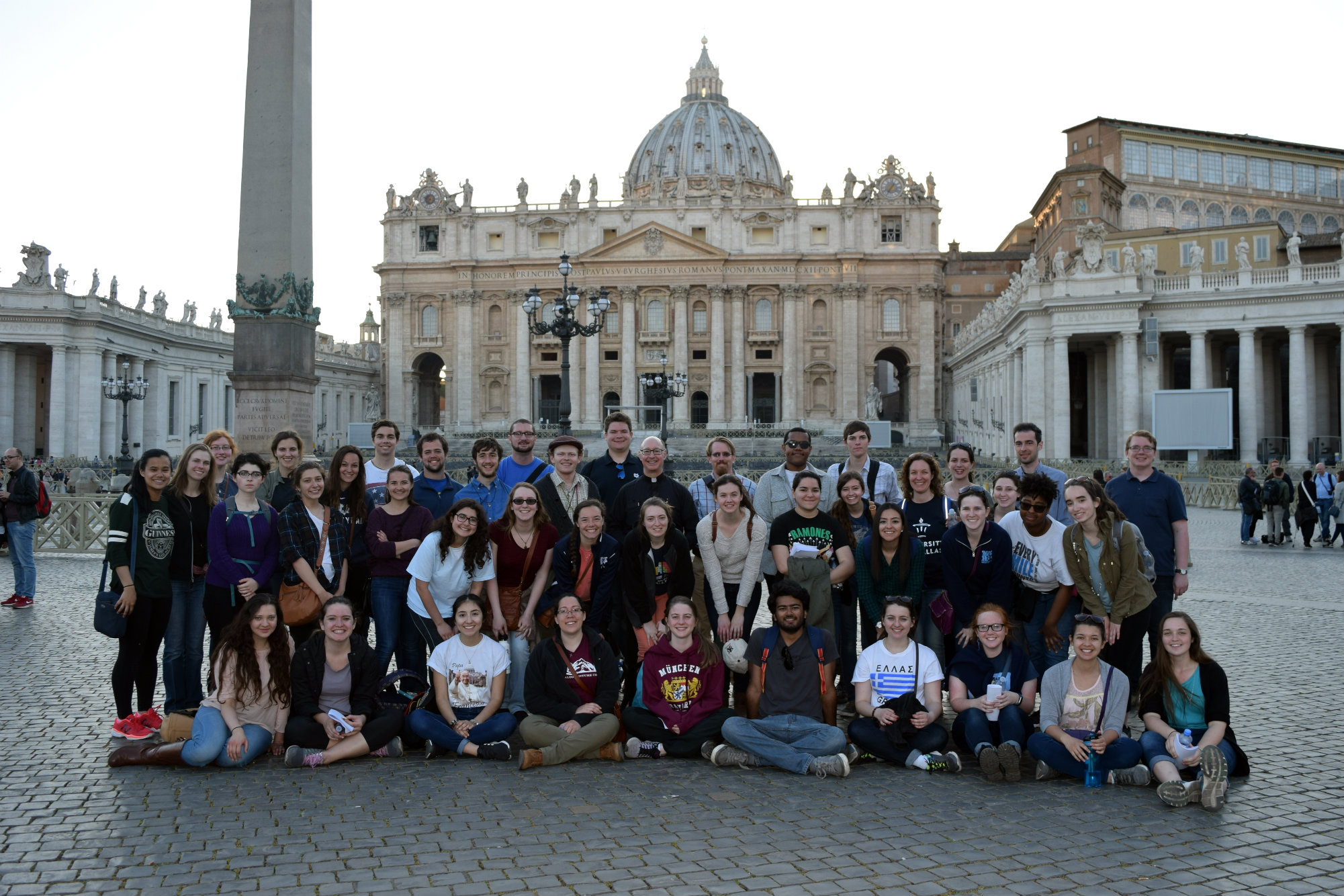