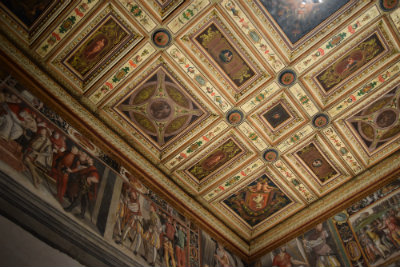 The Spring Rome students made their first class trip of the semester, visiting three beautiful and influential Italian cities in the Umbria region. The weekend class trip began on Friday with an afternoon in Perugia. Before their arrival Dr. Hatlie challenged the students to spend their free time in Perugia answering a question he posed to them: why is Perugia significant to a college student in the 21st century? He encouraged them to answer this question using an artistic method of their choosing, whether that be through song, video, poem, etc. Upon arrival in the city, and a short ride on the “mini-metro” to travel up to the city center, Dr. Hatlie gave an introduction to Perugia and the trip itself. Students then had a couple of hours to visit the various sites in Perugia which included an impressive town hall, Palazzo dei Priori, and the Collegio del Cambio featuring two rooms of magnificent frescoes by Perugino. The visit concluded with a delicious lunch which included a course of truffle lasagna.

The class headed to their second destination, Assisi, birth place of St. Francis and St. Clare. After settling into hotels, students had the opportunity to attend mass at the quaint medieval church of Santo Stefano, followed by dinner at the hotel. Saturday began with a class visit to the papal basilica of San Francesco, where the professors and Monsignor Fucinaro gave a brief presentation explaining the role Assisi and St. Francis played in their particular academic field. Following the lectures there were tours of the church which has both an upper and lower basilica as well as a crypt holding the tomb of St. Francis. The students had several options for a free afternoon including visiting the underground Roman Forum of Assisi, hiking to the hermitage of St. Francis, checking out the many other churches in the small town, or just relaxing and wandering the peaceful streets, maybe purchasing some rosaries or olive wood souvenirs typical of the region! Mass that evening at San Rufino included a blessing from Monsignor Fucinaro with holy water from the same font wherein Clare and Francis were baptized!

Students awoke Sunday morning to experience a scenic drive through the hills of Umbria before arriving at the final stop of the trip, Orvieto. The day was packed with a mass in the morning celebrated in the crypt of the Duomo, an extended gourmet lunch, and an afternoon visit of the Duomo di Orvieto. The students visited the Chapel of San Brizio, which features Luca Signorelli’s famous frescoes on the Last Judgment, as well as the Chapel of the Corporal, which holds the corporal cloth from the miracle of Bolsena. 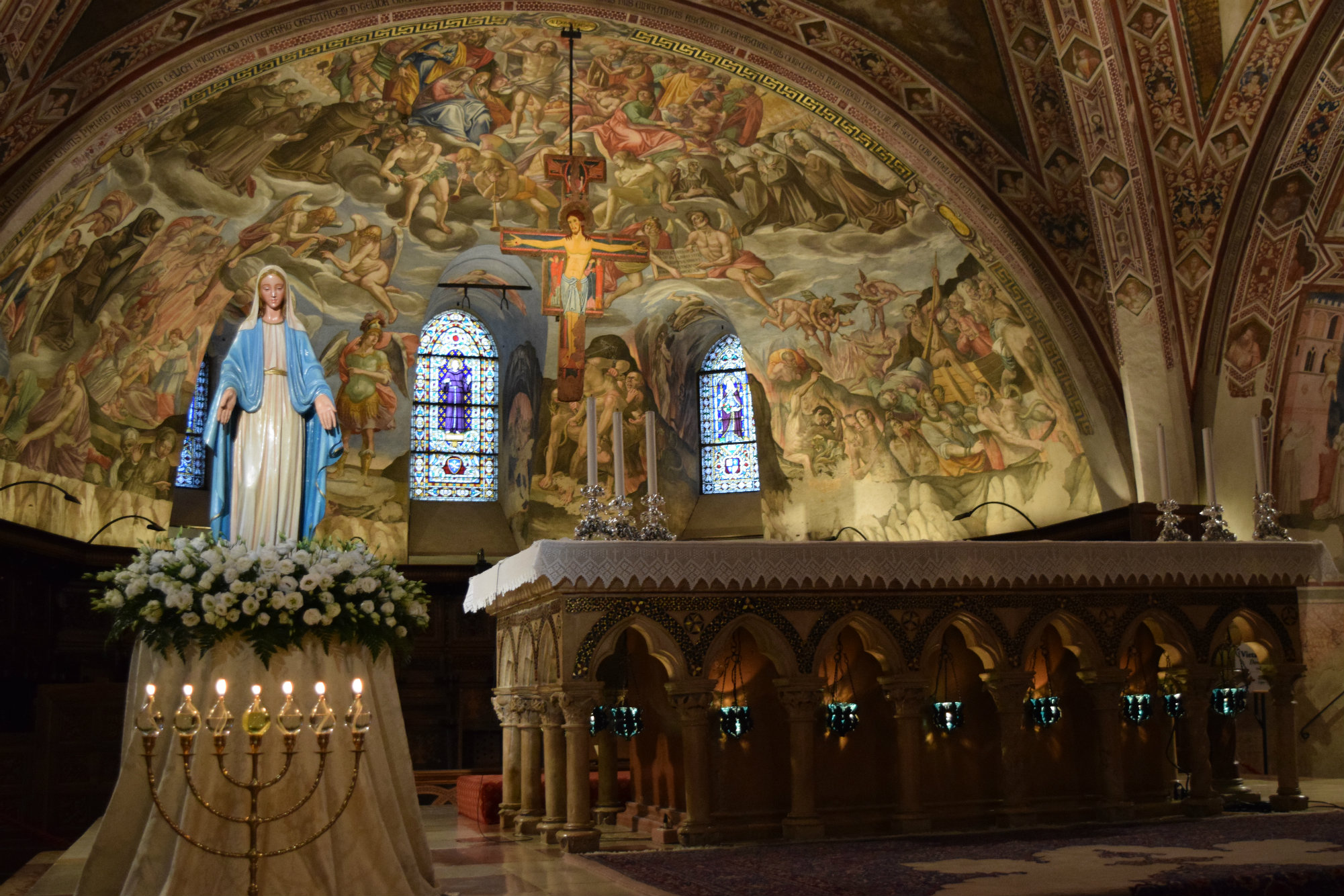