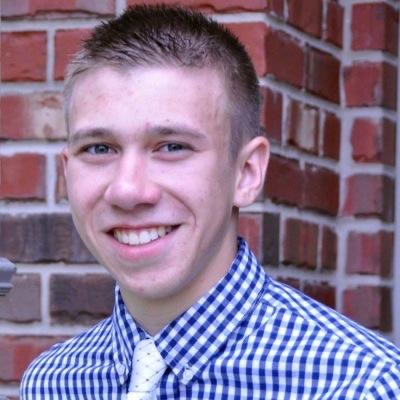 Parker Novey only joined the Classical Education Program this summer, but he has already begun to see the effects it is having on him as a teacher. Currently, Parker teaches fourth grade at the Great Hearts Lower School in Irving, TX. His desire to continue his classical education was rekindled when he switched to Great Hearts Irving from his previous school. His previous school, in New York City, although "classical" in name was not classical in nature, as Parker had quickly discovered. This discovery prompted him to turn to a place where true classical education was being practiced both in administrative decisions and by his fellow teachers.

Parker grew up in rural Illinois, where he attended a public high school. He first encountered classical education when he attended the University of Dallas as an undergraduate, and it was here, while he was pursuing a degree in political philosophy, that he discovered “what a truly liberal education was and the significance of it.” When looking to return to his study of classical education, Parker rediscovered the University of Dallas and its Classical Education Master's program, which is designed to fit with the schedules of busy teachers like him.

In the program so far, Parker has taken Dr. Post's “Philosophy of Education” course and has begun his study of Greek. He loves the freedom provided by the program's electives to study something such as Greek, which he has always been interested in but never had the time or opportunity to pursue. Additionally, Dr. Post’s course has helped him understand the importance of poetry. From a utilitarian perspective, it has no real value. However, as Parker teaches his students poetry, he is able to see the joy it brings them and to recognize the intrinsic beauty in the language itself. Among his favorite passages in Plato’s Republic, which he read in Dr. Post’s class, are Socrates’ arguments concerning poets and the need to banish them. That class has prompted him to consider why Socrates takes poetry so seriously, and what it is that poets teach which makes it necessary to banish them?

To his fellow teachers considering UD’s Classical Education program, Parker says, "Do it. UD is a special place with remarkable faculty. Teaching is a civilizational duty, and we are at crossroads now in education. It is increasingly important to have good teachers."