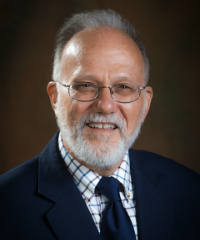 Bainard Cowan joined the University of Dallas faculty as the Cowan Chair in 2009. Animating his teaching, writing and academic projects have been the great forms of the poetic imagination, whose deep unity he first encountered in UD’s literary tradition course sequence. Since then, he has sought to bring that priceless realization to as many others as possible.

Prior to the University of Dallas, Cowan taught American and world literature at Louisiana State University for over thirty years. There, he co-founded the Comparative Literature Doctoral Program and co-developed a classic-core curriculum in the honors college. From 1992 to 1997 he directed a series of summer institutes on “poetics of the Americas” for some 100 Louisiana college teachers, supported by substantial grants from the National Endowment for the Humanities and the Louisiana Board of Regents. In 1984-85 he was LSU’s first visiting professor at the Université de Provence in Aix-en-Provence, and from 2006 to 2008 he was the D’Alzon visiting professor at Assumption College.

Also a fellow of the Dallas Institute of Humanities and Culture, he has given approximately 50 special lectures to audiences there and at colleges across the United States.