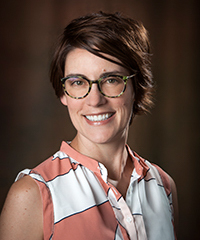 Kelly O’Briant’s work in ceramics has made an expansive journey of form and material alongside her own travels through North Carolina and abroad. A native of Julian, NC, Kelly earned a BFA (2000) in design with a second major in cultural anthropology from the University of North Carolina at Greensboro. While pursuing her Bachelor’s degree, O’Briant studied at the University of Oulu, Finland, where she participated in archaeological field work. She also built a wood kiln in Greensboro while acting as research assistant to LT Hoisington and interned with wood fire potter Judith Duff in Cedar Mountain.

In 2001, O’Briant was awarded a two-year Core Student Fellowship at Penland School of Crafts. While at Penland, she concentrated on clay and metals, also taking courses in books, wood and fibers. She gained expertise in a variety of ceramic techniques, including high-temperature wood, salt and soda firings, porcelain, stoneware, low-fire methods, earthenware, majolica and china painting.

O'Briant was a resident artist at the Energy Xchange in Burnsville, NC from 2003-2005. Methane gas from an old landfill site is used to fire the gas reduction kiln at the Xchange. It was there that she began her business, Kelly O'Briant Pottery.

O'Briant returned to the Piedmont of North Carolina in June 2005, to set up her own studio, which she ran until 2011. Her focus was in high-fired wheel thrown porcelain tableware. During that time, she regularly participated in retail shows, including the American Craft Council’s shows, and sold her work from galleries across the country. Her work has been featured in a number of exhibitions, the Delhom Service League's Potters Market Invitational at the Mint Museum in Charlotte, Emerging Clay of the South at the Blue Spiral, Asheville and Art of the Cup at Ogden Museum of Southern Art, Center for Craft and Design, New Orleans. O'Briant's work is also published in several of the Lark Books' "500" Series, The Glaze Book, by John Britt and Wheel Throwing: Ceramics for Beginners, by Emily Reason.

In 2014, O’Briant graduated with an MFA from Arizona State University and was named a “2015 Emerging Artist” by the National Council for Education on the Ceramic Arts (NCECA). The organization’s Emerging Artists program recognizes and cultivates exceptional early career artists by highlighting them during its annual conference and presenting them with opportunities for increased exposure. O'Briant's current work has been included in exhibitions around the country such as New Art in Arizona at Shemer Art Center Phoenix, AZ, the Red Lodge Clay Center's Juried National II, Red Lodge, MT, 99 Bottles, Crimson Laurel Gallery, Bakersville, NC and Drawing Expanded at Gallery 11x14, Phoenix, AZ. She has also had solo exhibitions at the Houston Center for Contemporary Craft, the Myers Gallery, Grand Forks, ND and the Mesaros Gallery, Morgantown, WV.