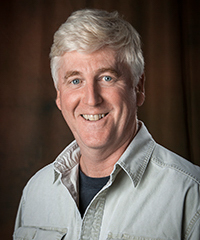 Phillip Shore's artwork is informed and influenced by his travels to and the study of the archeological artifacts from Ancient Greece and the relationship between humans and the environment. Mr. Shore is an artist and an educator who divides his time between living rurally in Michigan and residing in an urban setting in Texas. Mr. Shore received his MFA from the University of Notre Dame and his BFA from the New York State College of Ceramics at Alfred University. Over the twenty plus years in which he has been making art Mr. Shore has exhibited extensively throughout the United States and was invited to attend an international sculpture symposium in the Republic of Georgia.

Mr. Shore has received grants from the State of Michigan, Arts America and most recently he was the recipient of the Haggar Scholar Award through the University of Dallas.  His work is represented by Craighead-Green Gallery in Dallas, Texas and by Sue Greenwood Fine Art in Laguna Beach, California and is in many public and private collection including Purdue University, the City of Fort Smith, Arkansas, Rustavi International Sculpture Park, Rustavi, Republic of Georgia, and Akin, Gump P.C., Dallas, Texas to name a few.

Artist Statement
Wendell Berry, in his 1989 essay Nature as Measure writes, "But we know too that nature includes us. It is not a place into which we reach from some safe standpoint outside it." This quote embodies the overarching thesis of my work: the relationship humans have established with the physical world and questioning why we see ourselves as separate or outside of nature.

I am influenced and gain insights through the exploration of artists and authors who consider the land and our place within it. This information along with my own investigations, result in natural and manmade forms, shapes, colors, textures and lines being acquired from the world that I interact with on a daily basis, reimagined and incorporated into my sculpture. I am interested in how the tools I use in the garden, woods and studio act as an intermediary as we interface with our surroundings. The vining tendrils of plants, the color and shape of insect life and seeds, the graceful curves found in the trees, the texture of bark, the movement of water, etc., initiate the foundation and inventory so integral to this work.

In developing forms and compositions my process involves a balance between reason and intuition mediated by formal concerns. Within my work I connect disparate elements, an acorn cap placed on a chicken egg, a branch with foliage of feathers and, in the same vein, I use cast elements of the human form, hands and feet, atop reliquary-­‐type vessels containing elements from nature to express the interconnected relationship of humans and the environment.

This work emerges from a personal exploration, an exploration seeking my place in this natural system. The work is neither declarative nor didactic but is rather evidence of this exploration.