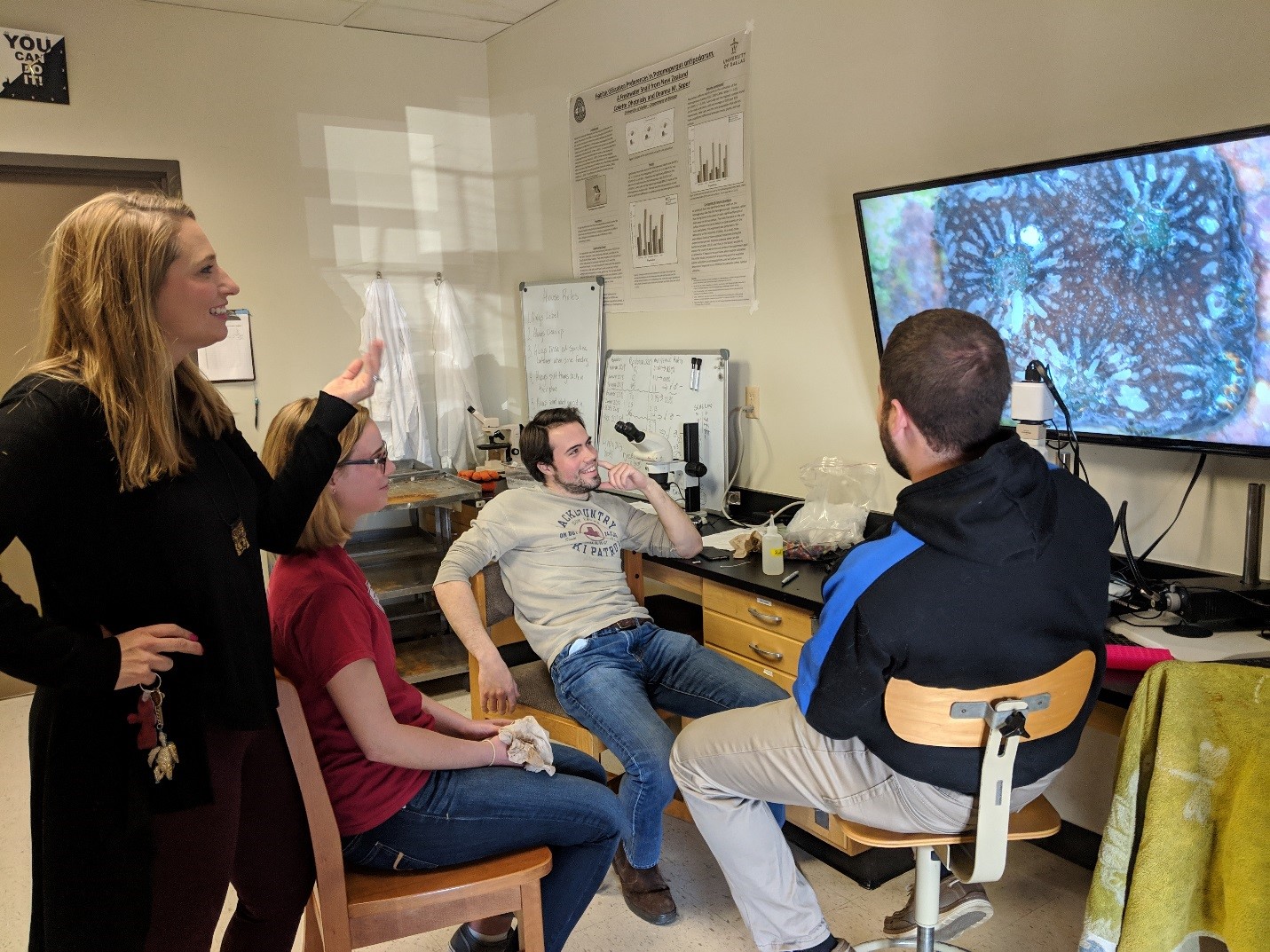 In my lab my I investigate a wide range of topics that are primarily focused on understanding how ecological and evolutionary factors interact to result in genotypic and phenotypic expression of a wide variety of traits within a population.  I am also interested in understanding the ecological and evolutionary mechanisms behind population abundance and distribution.  Although most of my work thus far has focused on the freshwater snail from New Zealand, Potamopyrgus antipodarum, most recently I have significantly expanded my focus.  My lab now has two lines of questioning one that exists at the population level and the other at the organismal level.

Why are populations more abudnant in certain regions of a habitat?  Why are species distributed in a particular geographic pattern?  These questions have driven two major projects in my lab.

The first is a new and emerging project in collaboration with NOAA and the MIT Open Oceans Intiative.  NOAA has collected hundreds of hours of video footage using the ship Okeanos Explorer and the accompanying Remotely Operated Vehicle (ROV) Deep Discoverer (D2) (see here for a short descriptive video).  We are assisting with the development of software that will enable researchers to be able to pin point the observation of specific organisms (at various taxon levels) within the videos.  This tool will help with reducing video processing time and increase efficiency of data collection.  Eventually, our lab hopes this will enable our lab and others to more efficiently answer questions about species distribution and abundance of organisms in the benthic ocean environments.  In addition, the development of software will make the thousands of ROV-collected video more accessible for quantification.

Gastropod and Parasite Distribution in Michigan

During Summer 2019, in collaboration with the Raffel Lab at Oakland University, we collected snails and parasites to determine species distribution and abundance.  Our goal is to better understand the life cycle and dynamics of the parasites that cause Swimmer's Itch.  Swimmer's Itch is a rash that is caused by humans swimming in waters that contain parasites that have been shed by snails.  Over the last year, we have identified over 1,200 snails that were collected.  In the coming year, we hope to better characterize differences in snail size and morphology among lake populations.  This work is funded by the Michigan Swimmer's Itch Partnership.

How does gene expression lead to phenotypic differences?  In order to answer this very broad question, we utilize an endangered coral species, Orbicella faveloata (Mountainous Star Coral).  This species is a stony boulder coral that 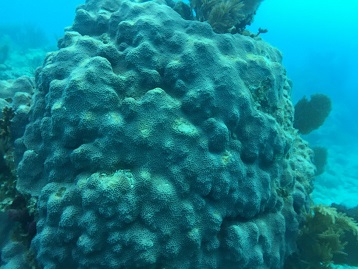 exists in the shallow waters of the Caribbean.  Stony corals are under threat of extinction, and in collaboration with the Mote's Elizabeth Moore International Center for Coral Reef Research and Restoration (IC2R#) and the Stenesen Lab, we are investigating O. faveolata growth after microfragmentation, which is a process by which fragmenting a larger coral into tiny pieces exponentialy increases its growth rate.  This project has two aims: (1) to understand what areas of the microfragments undergo rapid growth and (2) determine what transcriptional targets are activated post-fragmentation.

All stony corals are under significant threat to extinction.  Global climate change, decreasing pH as the result of increasing atmospheric CO2 levels, and increased disease prevelance (i.e. Stony Coral Tissue Loss Disease in the Florida Keys) have all reduced populations across the world.  This fact, makes the work we do important to not only better understand basic coral biology, but also provide information to coral reef restoration practioners to assist in mitigating the damage that has been incurred.

Potamopyrgus antipodarum is an interesting snail to study because it has several characteristics that are uncommon in other snail species.  For example, this snail is dioecious, meaning that individuals are either male or female.  Males can be identified through external genitalia, which they use to internally fertilize females.  Females do not lay eggs, but rather undergo "pregnancy" (internal gestation) and give live birth.  Baby snails can sometimes be born in their gestational sac (see video here).  In this project, we are documenting male reproductive structures to better understand the heterogeneity present in this organ within and among populations.  This project is funded by the W.M. Keck Foundation.

I have also developed collaborations with the Cody and Stenesen Labs (at UD) utilizing Drosophila melanogaster.  My collaboration with the Cody Lab investigates evolutionary changes to host and parasite populations.  The Stenesen Lab has a project focused on investigating a mutation in pain reception and I have assisted with protocol development of behavioral assays.

Drosophila melanogaster has been utilized to better understand the Pseudomonas aeruginosa chronic and acute infection of cystic fibrosis patients.  Drosophila melanogaster provides an opportunity to understand evolutionary changes in both host and parasite because Drosophila have a short life span and infection can easily be performed.  Here, we are undergoing an experimental evolution project that utilizes coevolving host and parasite.  We are tracking genetic, behavioral, and morphological characteristics of both organisms. 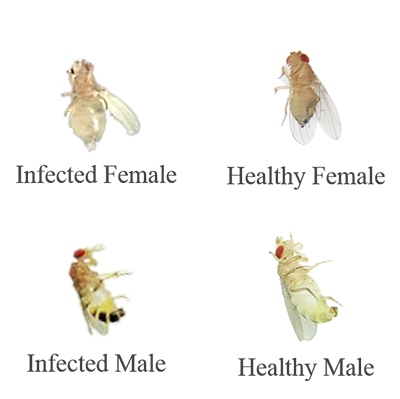 Can be found here.

Potamopyrgus antipodarum article for The Metropolitan Society of Natural Historians

Dr. Maurine Neiman: Sex in the Wild Talk, April 2018 can be found here.