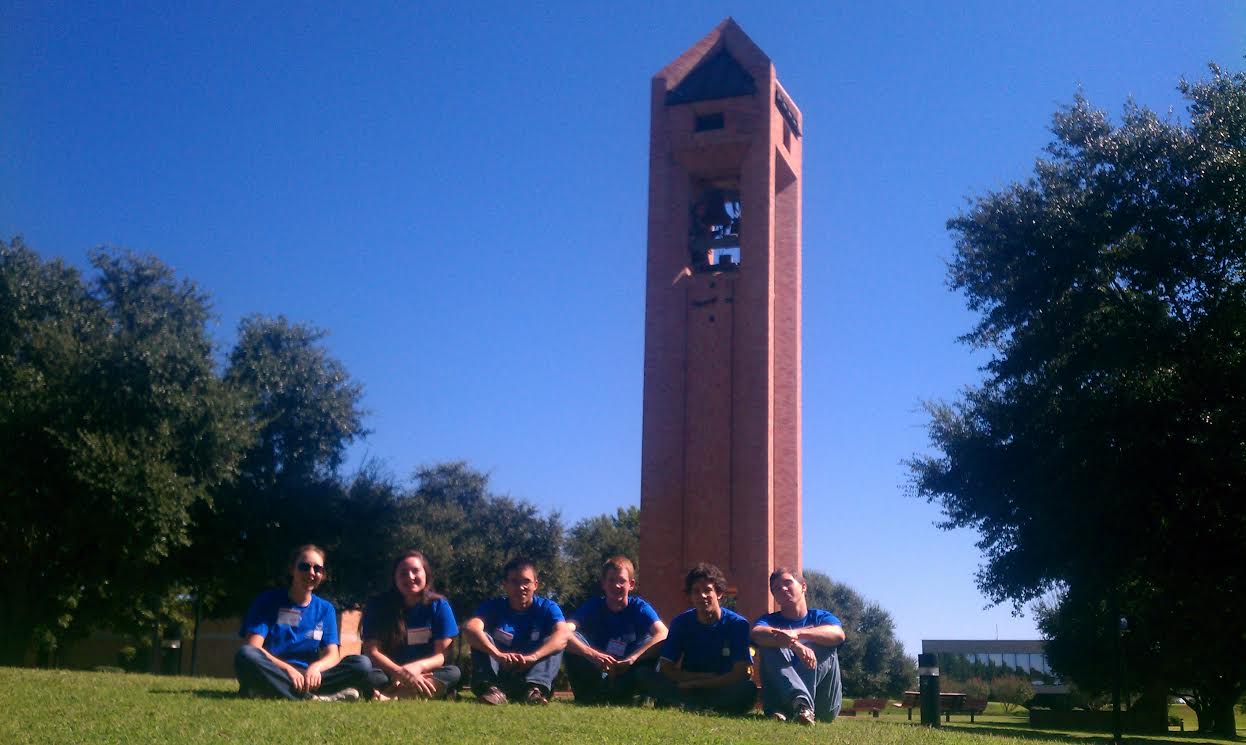 UD Computer Programming Team (Joseph Andrews, Katherine Beine, Claire Joyce, Joseph Malone, Brian McCutchon and Paul Seitz) and the faculty advisor Rob Hochberg recently competed at the Annual Programming Competition for the South Central region, which covers all of Texas, Louisiana and Oklahoma. This year the competition was held at LeTourneau University in Longview, Texas.  The University of Dallas had our best showing yet, placing 18 out of 62 teams. Here is our three-year summary: